When you hear the term "Golden Mile" you have visions of the famous Las Vegas strip, all lit up and glamorous. However, Benidorm´s so called Golden Mile is anything but.... 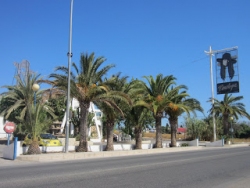 It is a stretch on the old N332 which use to be the main road through Benidorm before the bypass was built ... which incidentally is being improved and widened as we speak. The Golden Mile stretches from the ITV(MOT) station up until the roundabout at the top of the Avd Europa. It is flanked on either side by disco nightclubs, and is once again being discussed by the local councillors. Benidorm Town Hall is proposing to the clubs that if they invest in the infrastructure of the surrounding area they will grant them an extension to their licenses, allowing them to remain open for a further 5 - 10 years. 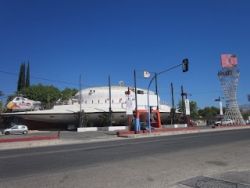 Despite the decline of the area the clubs continue to attract thousands of predominantly Spanish youngsters every weekend.... the Brits tend to stick to the English Square off calle Gerona. The recent success of the Electro Beach festival which attracted masses of youngsters to the area has possibly prompted this proposal.

The decline of the area is mainly down to uncertainty by the club owners on what will happen to the land. In 1993 over two hundred thousand square metres of land had a partial development plan approved. Then in 2002 the area was reclassified into residential use with plans to build several apartment blocks and a hotel complex. In 2003 a demolition notice was served on the clubs, but year after year nothing has happened. They have been living under an uncertain cloud with continuous announcements that this will be their last Summer and so nothing has been done about the decline of the surrounding area.

The Mayor is proposing a facelift to the area consisting of improving the pavements, car park signage, environmental cleaning - which I think means getting rid of all the fly tipping and landscaping of the area, which would be funded by the club owners. Navarro´s proposal reopens a debate that not so long ago the PP and CDL parties both spoke about, with the area being struck by years of paralysis. The only certainty is that all parties seem to agree that something must be done to restore the shine to the Golden Mile. 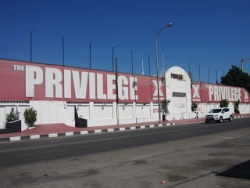 It certainly looks very barren but the young that arrive at 1am to enter the clubs do not notice the surroundings and on leaving in the early hours are in not fit state to! I remember driving into Benidorm many years ago at 8am to see crowds spilling out of the clubs, somewhat worse for wear.

The main advantage of the clubs being located on this stretch is that the noise is not disturbing anyone as there is nothing else around. If residential blocks are built nearby then they would be forced to install noise minimizers and alter the opening hours etc. At the moment they are all contained in a small area and so it is easy to police them.

The area definitely needs improving as it is an eyesore, giving it a seedy image - the Town Halls proposal would not cost Benidorm tax payers anything as it would be funded privately, a good idea in my opinion.