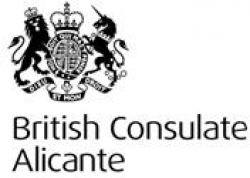 British holiday makers taking their cars to Spain this summer are being warned of the threat from motorway thieves who rob foreign plated vehicles and hire cars. British registered cars using motorways in Spain are proving an easy target for gangs who use a wide variety of scams to distract unsuspecting holiday makers and then steal their bags and belongings from their vehicles.

The worse blackspot is the AP7 motorway between the French boarder and the Alicante region. More than 60 cases of robbery on this motorway were reported to the British Consulate in Alicante last year, and so far this year the number of reported cases is increasing.

It is believed that there are hundreds more cases of thieves using distraction scams to rob British motorists across Spain that go unreported to Foreign Office staff because victims generally only contact a British Consulate if their passport has been stolen.

"We are warning drivers of UK registered cars and hire cars to be alert on motorways in Spain, both while driving and taking a break" says Paul Rodwell, British Consul in Alicante. "The most important thing is be on your guard against anyone who attempts to stop or ask you for help - they may well be part of a gang operating a scam in which an unseen accomplice will rob you of your things".

I remember some years back a friend was driving his UK plated Dodge Ram to Spain with a trailer on the back - he was a "seasoned traveller making the journey back and forth several times a year so aware of scams. A car pulled up beside him pointing to the trailer indicating a puncture. He pulled up on the hard shoulder and whilst walking to the back to inspect it they managed to take his wallet and mobile which he left on the front ledge... the first we knew of it was when we received a call from a service station attendant in Barcelona as he had no money or phone. The theft was reported to the police and he was issued with a report that he had to present at the toll booth as he had no means of paying the ticket.

The Consulates of Barcelona and Alicante have jointly designed a leaflet called "Driving safely and avoiding roadside scams in Spain" that can be downloaded from UKinSpain travel website page.

Remember that on the second day of driving down from the UK you may be more tired and therefore slightly less on your guard. Separate your valuables into different places in the car and when you stop be aware that you may be being watched. Ideally keep all jackets, bags and valuables in a locked boot and NOT on the back seat where they can be seen.

0 #1 Unknown 2013-01-31 01:19
I travel to spain 4 times a year and drive a lot there, so not unaware of this problem, that actually affects very few people. I heard the radio ad and thought it was a bad idea and an over reaction. There are many ways to contact travellers directly rather than broadcasting an ad that brands Spain as a dangerous place to drive. Why not scare off the tourists when Spain most needs them most. Very irresponsible of the British Consulate and I bet the Spanish are less than pleased. This goes on in all countries, including England.
Quote | Report to administrator
Refresh comments list