The Ministry of Health has put forward several cost saving proposals to save money allocated for the already strained health budget. Following consultations with regional health directors it is expected to be adopted on Friday by royal decree, with an estimated annual saving of 7,000 million euros.
The first of these is to start charging pensioners 10% of the prescription cost - currently there is NO charge. However, there will a a cap to the maximum a pensioner will be made to pay - 8€ per month for those on incomes below 18,000€ and 18€ for those above that amount.
This will certainly affect many ex-pat pensioners living in Spain who are on long term repeat medication for conditions such as high blood pressure and high cholesterol - it could technically add between 16 and 36 euros to a couple who are both on daily medication.There could potentially be a situation whereby pensioners feel they cannot afford to collect necessary prescriptions and their health could then suffer! The health department have not yet decided how the lower income or unemployed, receiving no benefits will be protected though - perhaps this is something which should be decided BEFORE it is approved.

Health Minister Ana Mateo said that Spain is listed as the second highest user in the world for medication  and that last year alone 3,700 tonnes of unused drugs where thrown away wasting 1,200 million euros.
Those not entitled to free prescriptions currently pay 40% of the price of the medication and a further proposal is that this should increase to 50%, with those on "higher incomes" paying 60%. The higher income threshold has not yet been agreed but it has been suggested those earning in the region of 100,000€ and above would fall into this last category.

The thorny issue of "Health Tourism" was also raised and the authorities have decided to crack down on foreigners who are not entitled to receive treatment and healthcare in Spain. Last year alone it cost the  Spanish health service 1,000 million euros for treatment that it could not claim back from the recipients country of origin. 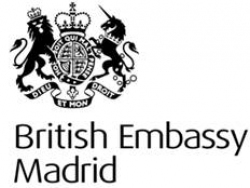 A bit of an argument has broken out regarding accusations of British health tourists and HM British Ambassador in Madrid, Giles Paxman sent a letter to Spanish daily paper ABC which was published on Tuesday. In it the Ambassador rejects suggestions that the British Embassy is encouraging "health tourism" following the papers article about advice on the British Embassy website regarding access to healthcare in Spain and the work of the NGO Age Concern Espana. Part of the letter is summarized as follows:

"There are many British nationals resident in Spain and the aim of the website is to ensure that if they need to access the Spanish healthcare system, they do so in full compliance with the Spanish legislation. Registration on the "padron" facilitates this and is a requirement of Spanish law. British visitors make up approximately 24% of the total number of tourists visiting Spain. It is in the clear interest of both the UK and Spain that they should receive medical attention if they urgently need it. By ensuring that they know how to access the Spanish healthcare system, we can avoid unnecessary administrative costs for both Spain and the UK, and ensure that the UK can reimburst Spain accurately and efficiently in line with the specific provisions set out in the EU legislation. The Embassy website advice makes it clear that the European Health Insurance Card does not cover those who come to Spain for the specific purpose of health treatment.
Age Concern Espana provides a fundamental lifeline for elderly British residents who are isolated, in poor health and in urgent need of help. The charity closely collaborates with Spanish authorities via the British Consulates, taking on cases where language is a barrier, thus reducing the demands on the Spanish social services. In addition, a significant part of Age Concenr's work involves helping to repatriate British nationals, who for one reason or another can no longer financially support themselves in Spain and have to return to the UK. It is NOT part of their work to help British citizens access benefits to which the are not entitled"
It will be interesting to see if anything further develops following receipt of the above.

For those travelling to Spain on holiday it is therefore imperative that you have your EHIC card with you - they are FREE to obtain and can be done online. If you present yourself at the local "Centro de Salud" or Villa Joyosa hospital (local social security hospital that serves the Benidorm area) without an EHIC card you WILL be charged for any treatment received. Waving your British passport will not help - you will then have the arduous task of claiming the money back once you arrive back in the UK.

The same technically applies to any ex-pats travelling back to the UK - make sure that you take your EHIC card with you too. I know it seems unfair that a recently arrived illegal immigrant, who has paid not one single penny into the NHS would be entitled to receive treatment, but you, as an ex-pat who all your working life paid into the system but chose to spend your twilight years in the sun would not be eligible .... but that's the way it works back in Blighty now! Aren't we lucky that we're out of it.....