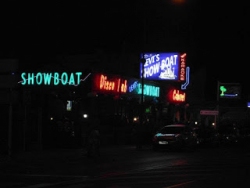 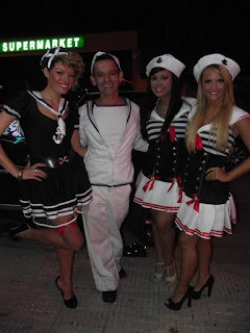 Even Wayne and the staff were overwhelmed by the number of people who had turned up, expecting around 150 it was definitely well over double that! The first lucky ones managed to grab tables and chairs then after that many went to the restaurant to bring chairs through  - the rest stood shoulder to shoulder.The restaurant was shut for the opening night but they did bring out platters of free food for everyone during the evening to sample - hot and cold selections which went down very well (and very quickly).

The entertainment kicked off with Angie Greer, a long standing friend of Wayne's who wowed the crowd with her amazing voice. Angie had been on the stage of Benidorm Palace with Joe Longthorn only last November but said tonight was more of a privilege to be the opening act at the Showboat. 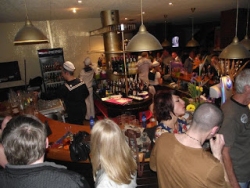 There then followed exerts from the main show as there wasn't enough room or time to put on the full show  ... but it gave everyone a taster to come back again. It was a lovely environment and better still that I didn't come home smelling like an ashtray! All the smokers congregated at the outside bar which will be a bonus once the warm summer evenings start. 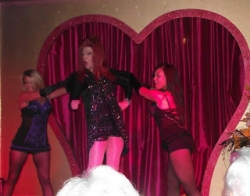 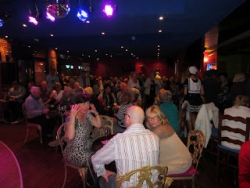 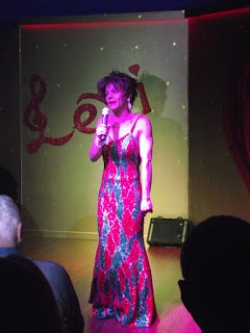 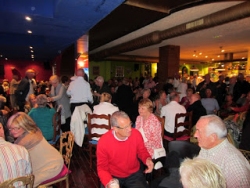