Yesterday saw the traditional "British Fancy Dress" day which always follows the end of the Benidorm fiesta. Thousands turned out in all manner of "attire" ranging from playboy bunnies, nurses, soldiers, policeman, cavemen, cartoon characters - the list and imagination really was endless! They all congregated from 2pm onwards in "The Square" when the drinking and fun began. Originally the idea of local businessman Manolo Nieto, owner of "Sinatra's" some 10 years ago almost all the bars in the vicinity now take part. And what a boost to the local businesses it was - I wouldn't have been suprised if some of the bars had been drunk dry and can imagine that the takings for that one day would equate to about a normal month. The local police had to close some of the roads in the area due to the mass of people in such a small area and caused gridlock to Benidorm's roads. Numerous revellers had flown in specially from the UK for the event and many had also come from different parts of Spain. 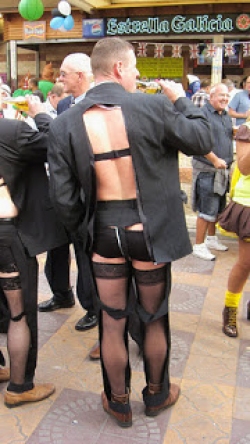 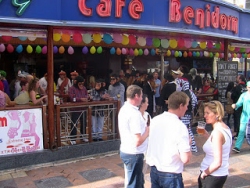 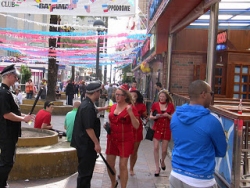 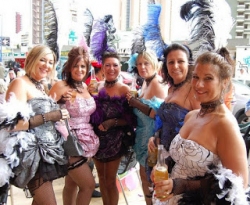 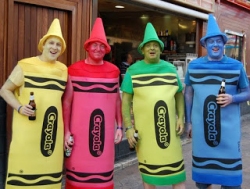