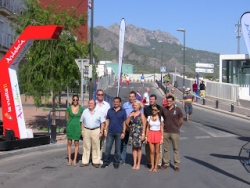 The second stage of La Vuelta was from La Nucia, a town 10 kilometers from Benidorm.  The town has a market on a Sunday morning, but today the streets were full of cyclists in their outfits, not only  the racers but the spectators as well. If you decided to rob a bank in the Alicante region, today would have been a good day. All the Guardia Trafico, Guardia Civil, National Police and Local La Nucia police were all participating in the opening of La Vuelta. I did not  know there were so many trafico motor bikes. Also all the staff at the Salud, (Health Center) 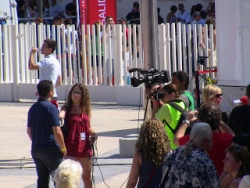 turned up for work this morning as it gave the a good view of the event.
The mayor and his team did a good job attracting the Vuelta to La Nucia. It certainly put it on the map of Costa Blanca.  Even the Russians turned up amongst many to take part in the race. The Sky team from the UK were also there supported by the many British residents in the area.

Below are a few photos of  the arrival of the teams. 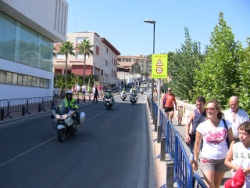 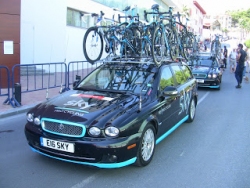 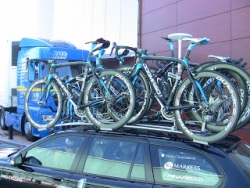 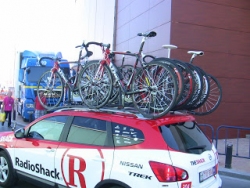 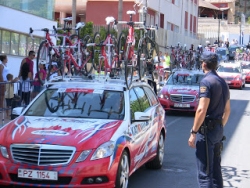