Benidorm´s Soul Legends - A tribute to the Drifters

The Rincon de Loix area is where you will find all the cabaret bars - most of which offer free nightly entertainment. You can hear and see a huge varirty of very talented people, ranging from singers, tribute groups and comedians to suit all tastes and ages.

A must for Soul lovers 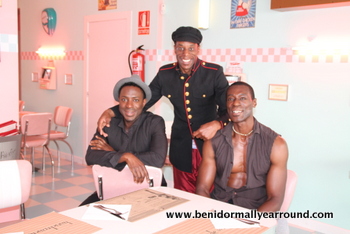 Originally from Wandsworth in South London, brothers Anoff and Kojo have been friends with Mark since childhood, living close by with their respective families as they grew up. They originally came to Benidorm back in 2006 to work one Summer season in Town – but that 3 months has turned into 8 years and they have no intention of going back anytime soon. 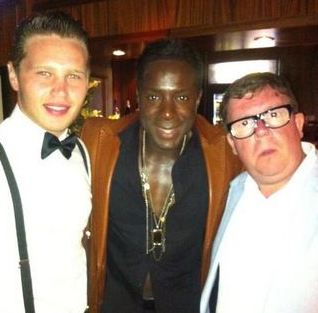 They have all been performing in one way or another, two since a very young age. Kojo sang in the world renowned London Community Gospel Choir and remembers the highlight of singing with Mariah Carey at Hyde Park. As well as performing with Anoff and Mark he is also part of the line up for another group - the Stylistics who have been featured in the current Benidorm series which is being filmed at the moment. You will see them singing on the stage of "Neptunes" - aka Morgans Tavern which is the resident nightclub for the ficticious Solana resort where the series is based. 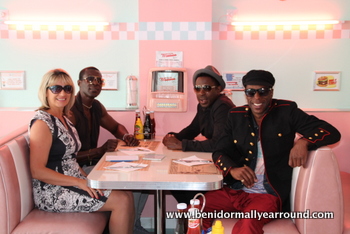 Mark – one of a triplet, was initially a jazz dancer then became part of a group called Extraordinaires – touring around Las Vegas, singing, dancing and vocal harmonies. He has performed with legendary pianist Jools Holland to name one of many and has made numerous television adverts. Anoff started his singing career here in Benidorm initially as part of ´Motown Brothers´ before forming A Tribute to The Drifters. In the UK he did a few TV spots alongside being a DJ and producer so music and rhythm is in his blood. All three have a love and appreciation of 1950´s music and love vocal harmonies, which is reflected in their shows. It was very apt that we met at "Peggy Sue´s" American diner, where they felt very at home, joining in with the Rat Pack songs playing in the background. 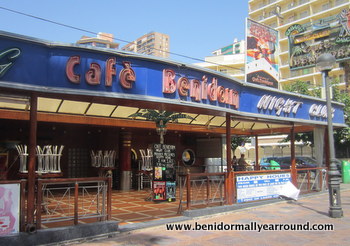 The trio currently perform together nightly at Café B on Monday, Tuesday and Friday then at Rockerfellas on Thursday, Saturday and Sunday – 10pm start in both venues and then at New Life every Wednesday at 11pm. They also guest star in several hotels – currently Rio Park and Flamingo Oasis as well as performing individually and are currently working on a fabulous new show that will be undoubtedly be very popular – JLS, which they hope to have ready for the Summer season.