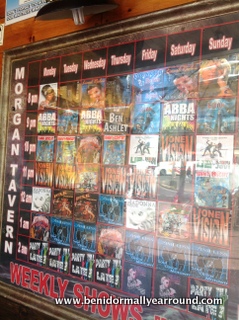 Benidorm is a hub of activity every evening – it´s generally when the resort springs to life. Walk around the bars and clubs and you will see boards outside listing who is on every hour. There is certainly no shortage of entertainers to watch – but there is always room for something different. Here for 1 week only is a unique gentleman who to a degree is a performer, but not in the conventional sense, and I met up with him yesterday. His name is Micky "Gypsy Boy" Vermooch and he is a medium and psychic – the gypsy being reference to his heritage, as his parents were Romany gypsies! 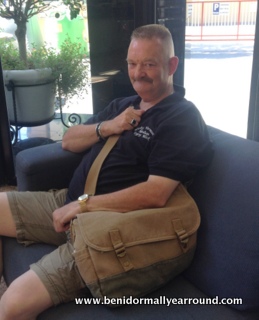 Most people fall into one of two camps here - believe there is something there or that it is utter tosh - the later generally being the men!

His family lived and travelled around in a caravan until he was 10 years old and Micky gave his first reading at the tender age of 7. It is not something which can be taught but is a gift, obviously inherited from his parents he told me. Mickey is a trance medium – not meaning much to me he asked if I had seen the film Ghost with Whoopi Goldberg and explained that he can talk to the dead like Whoopis character Ode Mae could.

He has been to America many times and is a personal psychic to a number of "stars" and celebrities, but obviously cannot name them because of professional confidentiality and ethics. However, one person, the Reverend Diana Fearn of Staten Island is more than happy for him to mention her name after being guided by him through a number of very dark periods in her life. The word spread and since, his reputation and services are in demand worldwide. It is not a religious guidance he told me but he has the gift of a voice within that reaches out to help people and ease their minds. 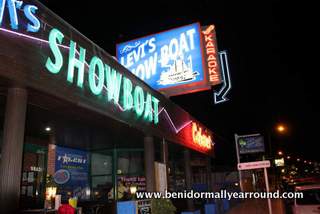 Last night he had an evening at Levi´s Showboat and tonight, starting at 7:30pm you can see him at the Teatro del Sol in La Nucia. Tickets are 10€ and include a welcome glass of cava. For more information or to make a reservation contact Matt on 678 657 136. Tomorrow evening – Wednesday, Micky will be at the Cumberland Bar in Benidorm. He is planning on doing a tour of Spain next year – in between his other commitments. I am open minded about these things, however he did tell me a few things about my future... I shall keep you posted!