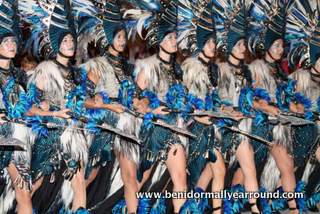 The much anticipated Moors and Christians parade is taking place in Altea this weekend – the highlight of the annual fiesta calendar. It began yesterday with with a street party for all the penyas, with fireworks and bands playing into the early hours of this morning. After the carnival in Rio this must definately come a close second for elaborate and eye catching outfits! 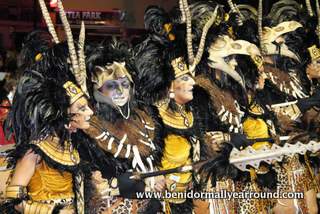 If you want to go and watch the parade, the best place to head for is the Town Hall – although it will be packed so get there early. It is due to start at 8:30pm and parking will be a challenge to say the least. Probably the best option is to catch the tram – getting off at Garganes, which is directly behind the Town Hall and right in the middle of all the action. 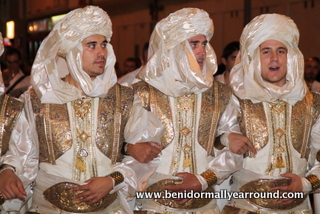 The parade – considered the best bit, is done over two separate days here – first the Moors, which is on tonight - Saturday 27th followed by the Christians on Monday, 29th. Spectators will be lining the entire route, standing shoulder to shoulder, cheering and clapping as the procession passes by. 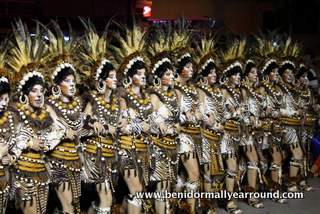 The costumes, which are hired from specialist shops are always simply stunning – not to mention the incredible face painting and cameras will be constantly flashing as the groups pass by. Each penya will have been fundraising throughout the year for this one night – the costumes cost around 100 euros to hire! It is a real family event, with plenty of children also taking part in the parade – the little ones always get the loudest applause. 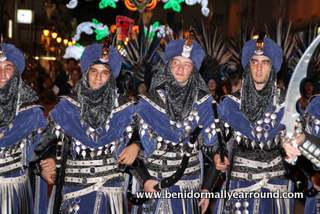 I just hope that the anticipated rain, which has been talked about all week does not ruin the event. Although we do desperately need the rain as this has been the driest Summer in about the last 50 years, it would be nice if it could just hold off for another few weeks – the Benidorm one is the following week! Monday and Tuesday are Bank Holidays in Altea and so the Street market may not be on. 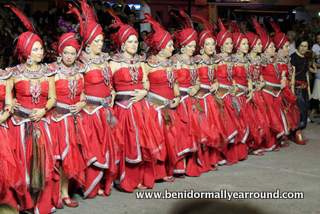 The festival is celebrated in towns all over Spain, but particularly in this region of the Costa Blanca and celebrates the battles between the Moors (muslims) and Christians from the 8th to the 15th Century. Benidorm Moors and Christians is from 3rd – 7th October and the castle is already being erected at the bottom of Calle Gambo - the pedestrianised street at the top end of the Avd Mediterraneo.