Are All Inclusives hurting Benidorm? 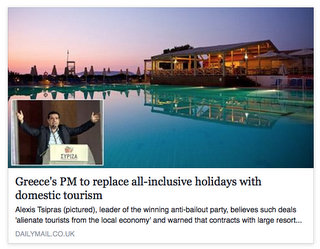 Following the Greek elections at the beginning of this week, the new Prime Minister Alexis Tsipras has declared that he will be overhauling the tourism industry, which the country heavily relies upon. In particular, he made specific reference to the All Inclusive holiday resorts, which he claims are ruining the local economy.... sound familiar? Much like Spain – and in particular resorts such as Benidorm, their economy is virtually reliant on the money bought in from tourism. The proliferation of All Inclusive hotels here has been the subject of much debate over the years. 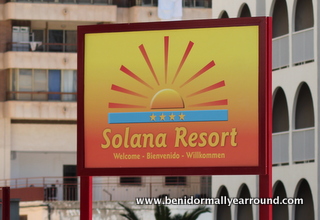 Numerous local bars, cafes and restaurants have closed due to lack of business and they are all united as to the reason – the All Inclusive holiday package. There is divided opinion among holidaymakers about AI holidays. The TV show "Benidorm" portrays this perfectly – once the residents have their wristbands on, they virtually never venture out, eating and drinking solely at the "Solana" – or at "Neptunes" in the evening. The infamous catchphrase "If you want to get pissed, show us your wrist" certainly rings true, not only in this fictional series but in real life here, with the reasoning that if they have already paid why go out. 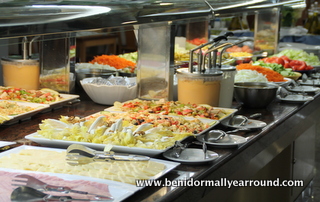 Generally the All Inclusive providers are large holiday corporations which budget as little as 10€ per person per day for food – or less in many cases. Because of their size they can squeeze suppliers on price, which local businesses cannot possibly compete with... and so the vicious cycle begins. 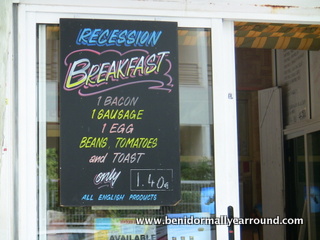 This has happened in Greece and the new Government is looking at ways of restricting their hold on the holiday sector. Perhaps Benidorm should wake up and smell the coffee too before it´s too late. The meals offered at these hotels are often very repetitive, buffet style with the same type of dishes offered every day. Yet for 5€ you can get a Chinese 3 course meal with drink in many restaurants or a 3 course menu del dia with half a bottle of wine for under 10€ - at today´s exchange rate that is under 8 pounds! 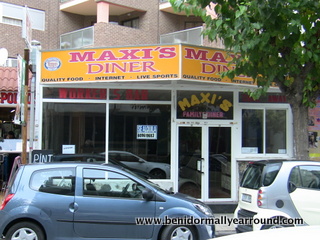 Walk around the Rincon area and it´s a sad site seeing so many small family run bars and restaurants closed down. Perhaps one option would be to end the drinks offered at AI hotels at a certain time – say 10pm so that people would venture out. The free entertainment on offer at most of the cabaret bars is one of the main attractions to the resort – and the only way they can make it viable is to charge a slight premium for the drinks. In comparison to UK prices it is still a bargain though. 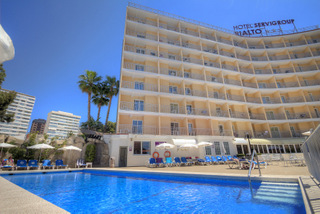 Strangely enough the Hotel Rialto in the Rincon de Loix, part of the Servigroup chain, has just been ranked as one of the top 25 in Spain for quality and price by TripAdvisor! The 3 star family friendly hotel has 133 rooms and is not All Inclusive – showing that there certainly is hope yet for the traditional holiday experience. Support the local economy. The more that go AI, the more local places will close, creating a ghost town and therefore discouraging people from coming as nothing is open - it´s a vicious circle! Benidorm is cheap enough - give everyone a chance to make a living.