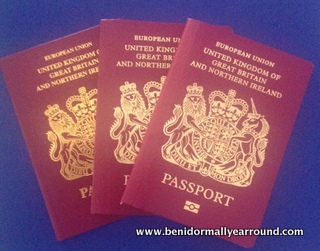 Having your passport stolen while away can ruin your entire holiday. As well as the inconvenience of obtaining an emergency travel document from the Consulate in Alicante, which is only valid for that one journey, there is the cost involved – 131€ which is approx 95 pounds sterling dependent on the exchange rate. This is very possibly the actual cost of your return flight as well as a putting a big dent in your spending money while here! Then on your return back to the UK you have to re-apply for a brand new passport, a further 72.50 GBP... so keeps your safe.

1 in 5 passports are stolen at airport 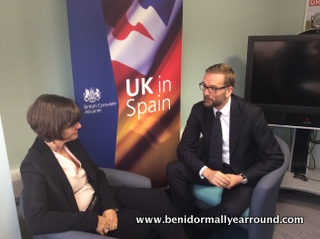 One out of five British passports stolen in Alicante province are taken at El Altet Alicante airport, with half of them removed from vehicles there, the British Consulate has warned. In an attempt to combat this growing phenomenon, Sarah-Jane Morris – the British Consul and Lloyd Millen – Vice Consul met with car hire companies and National Police at the airport last week. Their objective was to discuss ways to reduce the number of British nationals who fall victim to passport robbery when they collect their hire cars. 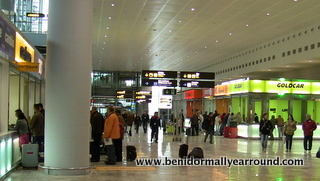 The Consulate has asked car hire companies to remove stickers from the back of cars as this makes them an obvious target for thieves. One company revealed that since removing stickers from its cars, the number of broken windscreens had been significantly reduced.

Keep valuables out of view 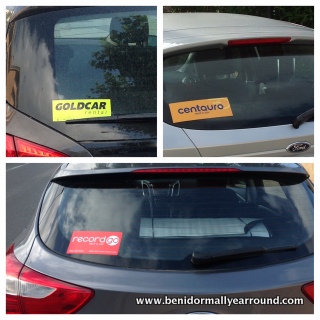 The car hire companies will issue new advice to those arriving and collecting cars – most are obvious, such as not to leave personal possessions in full view etc but also to be wary of people trying to distract you. One popular tactic is to pull out a map and ask you for directions whilst an accomplice helps himself to your luggage or another is to overtake while pointing to your back tyre, inferring that you have a puncture. Never stop – instead carry on to the next service station and stop in full view of others and in a well lit area to check. Probability is that there will be nothing wrong. 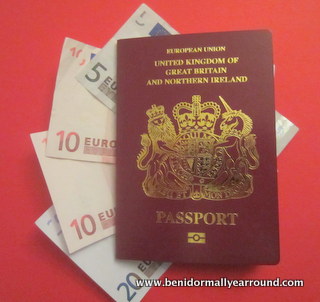 The police have promised more patrols at the car hire collection points and closer working with car hire companies. They also urged car hire companies to publicise the telephone number 902 102 112 for tourists to report a crime in English if they do fall victim. The key message is "Keep your passport and valuables safe and out of sight"