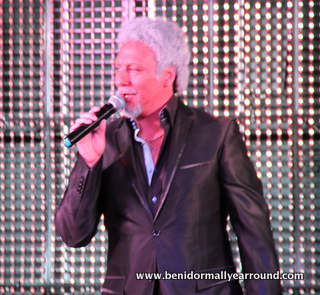 There´s a new kid on the block as far as entertainers in Benidorm are concerned and boy, or should I say boyo, is he good. There´s no guessing from that one word what nationality he is – Welsh and the most iconic voice to come from the hills is Sir Tom Jones. Andy Wood not only sounds like the megastar but even resembles him – you will definitely do a double take when you spot him on stage. 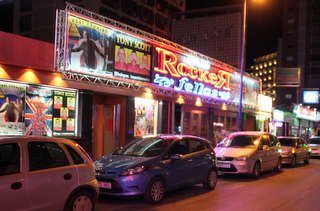 He is fresh to Benidorm, having only arrived a month ago, but did test the water last year for a short while over the Summer season. That was obviously long enough for people to take note of him for he had no problems - and he now performs exclusively at Talk of the Coast at 9pm. Only last week he performed down in Murcia with a live band flown in especially from the UK for the show. 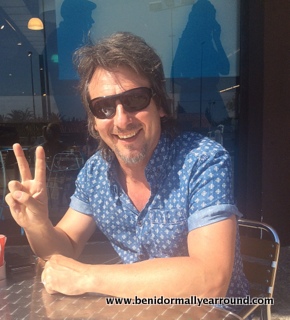 I met up with Andy, expecting a strong Welsh accent like Id heard when he exchanged banter during his show, but was somewhat taken aback when it was anything but, having been born and raised in Cleethorpes, Lincolnshire! He has been a professional singer for 25 years – the last 13 as Tom Jones. He started out as a “young” version, wearing leather trousers but like the icon himself, has aged his appearance to a dashing silver fox by gluing on a wig every night and painting his goatee beard with white stage paint. He is adamant that he transforms into the superstar 100%, which includes the accent and goes by the name “Benidorm Tom”. He belts out all the greats such as Green Green Grass of Home and Sex Bomb to the delight of the audience. 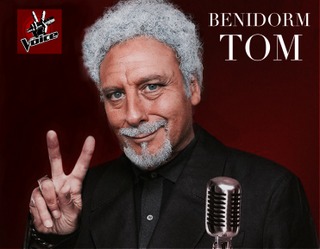 Prior to his singing career Andy was a semi professional footballer, initially playing for Grimsby Town then Sheffield United. During this time he also played in a band called “Proud” – emulating the genre of U2/Coldplay. During sound checks he always sang a Michael Bolton song and the sound engineer recorded him then secretly sent a tape into the ITV show “Stars in their Eyes”. Andy received a letter inviting him for an interview, but thinking it was a hoax, threw it into the bin. Eventually they contacted him by phone and he appeared in the 2nd series back in 1993 after which his singing career really took off and he gave up the football.

Immediately after the show he was invited to take part in a charity concert at the prestigious Savoy hotel in London in aid of Great Ormond Street Children’s Hospital, where he performed as Michael Bolton. After that he travelled the length and breadth of not only the UK, but worldwide and did numerous stints onboard the major cruise lines as Michael, then progressing onto Ricky Martin and eventually Tom. In 1996 he worked at Sun City in South Africa and unbelievably met Sir Tom who was doing a special one off concert – at the time he was doing Michael Bolton and Tom was so impressed on hearing him that he sent over a bottle of champagne. He even got to have a chat with the man himself, who complimented him on getting the difficult pitch absolutely spot on…. Little was he to know that some years later he´d be emulating the legend. 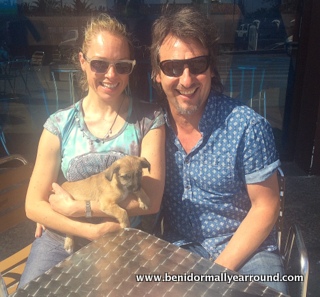 Being away for long periods is not the most conducive in a relationship, and having a wife and young daughter, who is 5, decided that a life in the sun was the way forward as a family. His wife Monique is also a performer, and the pair do a tribute show together – “Bon Jovi and Pink”. To add to their family, they have just adopted a beautiful 8 week puppy from the La Nucia dog pound and named him Bingo – only problem is, he´s so cute that their daughter wants to stay at home and look after him instead of going to school.