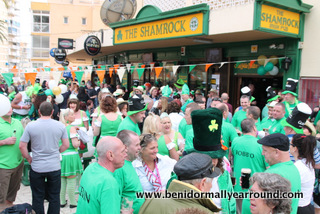 When it comes to partying and having a good time, the Irish certainly take top spot. Each year on St Patrick´s Day, Benidorm turns into a sea of green and leading the field for atmosphere and entertainment is The Shamrock Irish Pub on Calle Gerona.

But you don´t have to wait untill next March before you can enjoy the craic again – for this weekend The Shamrock celebrates its 20th Anniversary and they will be holding the biggest party of the year. People are arriving from all over the world, including America to be part of it! 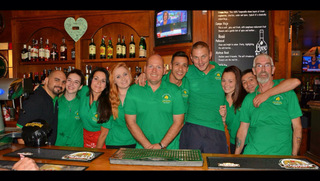 Owner Lisa arrived here in sunny Benidorm back in 1998, working as a holiday rep and loved it so much decided to stay. In 1993 she took on, what were then three separate offices, to create Benidorm´s first Irish pub. Having no spare budget they utilized everything – even turning wooden wall paneling into tables and benches. Back in the early days they literally lived from hand to mouth – not even knowing whether they´d have enough to pay the following months rent…. hard to believe when you look at it now. 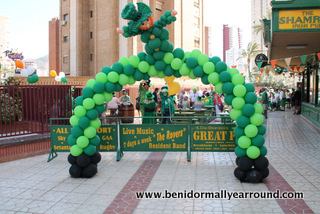 They had a refit in 1995 and since then it has gone from strength to strength - building up an enviable reputation as the must place to visit if you want a good time. Lisa said “It´s all about the staff and thanks to the great team here which makes it the place that it is”… and who can argue with that! 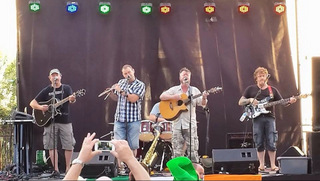 So for those lucky enough to be in sunny Benidorm this weekend you´re in for a treat. Starting today, from 12 Noon until 2am there will be an incredible line up of bands that have come over especially for the weekends event from Cork, Galway and Dublin. However, the star for Lisa is Cathal McGloughin, who was the very first singer to take to the stage at The Shamrock and coming over from Co Clare for three days of partying. 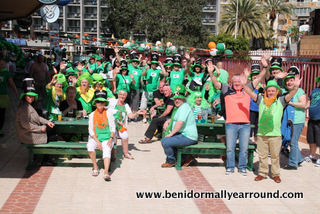 A stage has been constructed on the massive sunny terrace where you will hear the Original Rovers, Long Beach, Green hot Clover, Current Rovers, Crocked Reel, Galway boys ´The Rattlers´ as well as watch some traditional Irish Dancers! A full programme with play times is available at the bar. On Saturday and Sunday, from 3pm onwards, there will be a delicious bbq available which will no doubt help the guinness go down!

If 17th March is anything to go by then get your party shoes on and be prepared for an electric atmosphere – Benidorm doesn´t know what´s about to hit them when the Irish are in party mode! 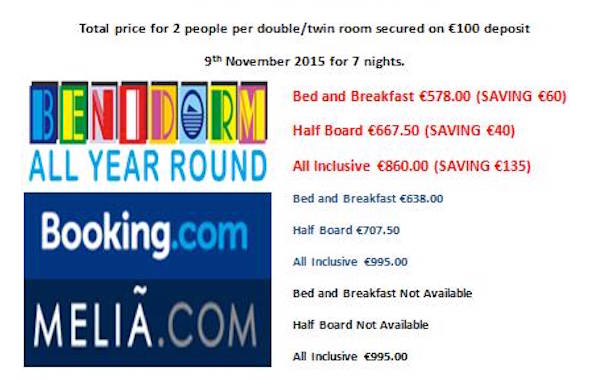