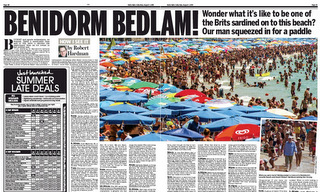 Well Benidorm bashing week continues with a report published in today´s Daily Mail entitled “Benidorm Bedlam” – who is this Robert Hardman that wrote the article I wonder. What is it with the British press who seem to have an obsession with belittling both the resort and those that come here – obviously real news is light on the ground and the so called reporters and entourage fancy an away day somewhere hot – all on expenses obviously! 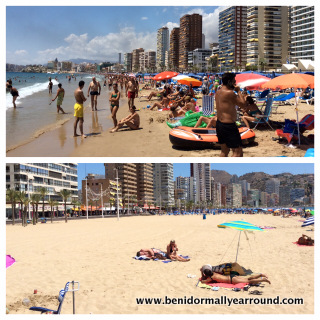 The article focuses on Benidorm´s busiest and most popular sandy beach – Levante. In the mid section the Levante is 60 metres wide - stand with your camera pointing one way and the beach is packed, yet turn 45 degrees and there are vast areas of deserted golden sand... it all depends on the angle as can be seen in the picture taken today. Mr Hardman is correct in that at the water´s edge it is standing room only - but why.

The reason is because holidaymakers have pitched up virtually on the shoreline – something that technically is illegal. By law there should be a 6 metre free area to allow for walkers and the lifeguards to attend any emergencies. He states that “the beach is divided into blocks of council-owned sunbeds and umbrella” – WRONG. 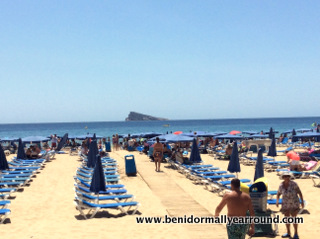 The company who has the concession to operate the sunbeds and parasols is R.A.Benidorm – and they have had for the last 14 years. All companies have to prepare a presentation on how they will run the concession and submit bids – the Council then chooses based on a number of criteria.

Costas – the authority responsible for the beaches tells the council what they can rent out, mark the zones out and constantly inspect and control to ensure that they abide by the very strict rules – they have no friends anywhere! The zones of blue sunbeds are placed 8 metres from the shoreline but by 7am holidaymakers are already pitching up in front of them. The journalist makes several references to the Germans, or lack of and their penache of hogging sunbeds – the Germans stopped coming en-mass to Benidorm in the late 1970´s when the resort was hit by a water shortage. The British outnumber any other nationality by far. 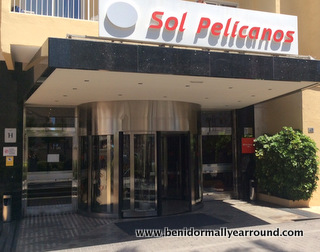 His article then switches to breakfast time at the Sol Pelicanos hotel and he makes reference to his stay - “I may be paying 200GBP a night for a basic room, but water is only free on the all-inclusive package”. I went to the hotel today and a source told me he did NOT even stay at the Pelicanos – he was staying at the sister hotel next door, the Ocas in a superior room on an all-inclusive basis. 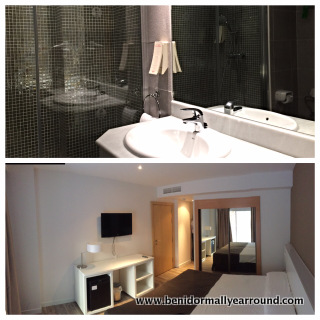 The maximum charge of a superior room booked directly with the hotel would be in the region of €140 during peak time. 200GBP as he claimed, at the current exchange rate would make that €280 - double what he stated…. I would love to see his receipt. I saw a superior room exactly like the one he stayed in and was more than impressed with the standard and quality – two double beds, flat screen television, fridge, luxurious en-suite bathroom with hairdryer. 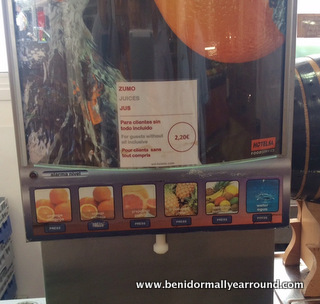 There is absolutely NO charge for water or juice at breakfast time yet he states “I take a glass of water from a water cooler and a waitress demands €2”. During lunch and dinner those guests who are not on staying on an all-inclusive basis do have to pay €2.20 for any juices or water consumed – which is clearly marked on the dispenser. 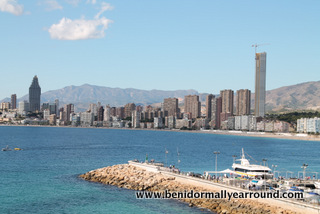 Next up is the Benidorm yacht club – which is located at the port between Mal Pas and Poniente beaches. Mr Hardman claims “nearby are Europe´s tallest hotel, the 776-room Gran Hotel Bali”. If you had never been you´d think it was virtually next door – in fact, it is about 3km from the harbor. He also refers to “the ludicrous In Tempo building, which eight years on, the builders still haven´t finished”. The reason it is not finished is because the promoter, Olga Constructions has gone into liquidation and the “bad loans bank” has taken over and looking to sell it – so nothing to do with Spanish workmen. 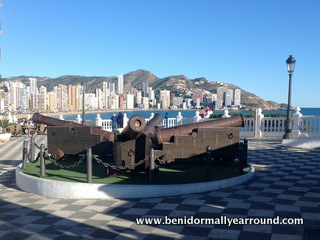 Many Brits do go to the Mirador – an iconic beauty spot up in the Old Town, but not necessarily at 9pm. There was a religious procession on during his trip there but they have one virtually every week here, so nothing new or anything to get excited about. The big ones – Moors and Christians, Carnival and Three Kings see droves of Brits spectating. But many of the younger ones are only here for the nightlife and tend to head to the English Square, which is full of bars and clubs offering free entertainment. Remember, it is only a very small part of what Benidorm is about - but without them, many businesses would struggle to survive. 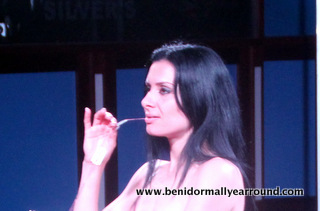 The “bored middle-aged woman” he refers to is DeMaria Leyton – Sticky Vickys daughter and pictured. Although no spring chicken she can hardly be referred to as middle aged – she has another few decades before she falls into that category. Perhaps Mr Hardman was tired by 11:15pm, having been up since 6am and his eyesight was failing him!

Having read his report on Benidorm I am somewhat skeptical as to how accurate Robert Hardman´s reporting has been on other stories like The Millionaire French militant and Scotlands first homegrown wine…. have a read of his piece published today.

Benidorm has and will continue to be a magnet for family holidays due to its proximity to the UK, sandy beaches, glorious weather and value for money.

+2 #3 val 2015-08-02 13:55
What a bad report that ignorant reporter wrote..having lived in Spain and having a Daughter who has lived and worked there for 26 years I think I know more about Benidorm than him..that report is very damaging to the resort.my Daughter work's in a Spanish owned hotel that relies on the British guests and without them the workers pay suffers drastically..un like his wrll paid job witj expenses no doubt to travel to Benidorm and slag it off.
Quote
+2 #2 Kay 2015-08-02 10:31
I go to Benidorm on a regular basis> it is a place of two parts~ the new town and the old town ,there is definitely something for everyone , it does not matter what age you are , it is a very diverse place ,whatever sort of holiday you want , whether it be quiet and relaxing or loud and fast , you can have it in Benidorm, the new town tends to be where the youngsters go , the old town is lovely and quiet and all ages are there . Don't knock it 'til you,ve tried it is y motto
Quote
+3 #1 Nic Houstan 2015-08-01 19:18
Perhaps you should submit your article to the Press Complaints Council and ITV's Good Morning Britain who produced an accurate report this week.
Quote
Refresh comments list