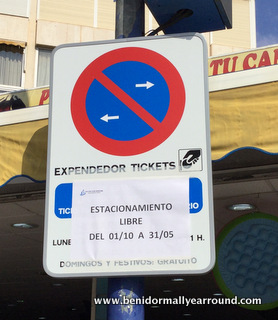 The summer season officially ended at midnight – at least for drivers to Benidorm! As from today, 1st October an additional 1126 FREE parking spaces will be available. At the beginning of summer the Council extended the blue Pay & Display parking zones to many additional streets in the Rincon area. This was to deter holidaymakers – particularly domestic ones who´d drive over from Madrid, park up and leave their cars in the same spot for the duration of their stay, sometimes lasting two or three weeks. This had a negative impact on local shops and businesses and hence the thinking behind the temporary extension. 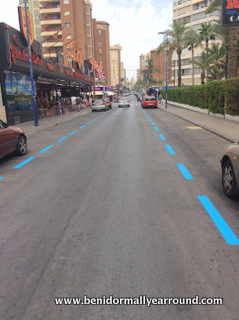 Now that the busy peak period is over, the Town Hall have lifted the restriction on ten roads including Calle Ibiza, Calle Lepanto, Calle Gerona, Avd de Cuenca and Avd Mallorca.

I must say I am not too sure how profitable and successful the exercise was. Whenever I drove down many of those streets - Calle Gerona in particular over the summer, they were virtually deserted and traffic wardens were roaming around in pairs trying to find cars to check. 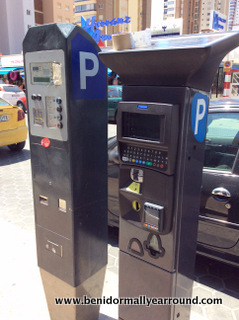 New parking metres were installed, costing rather a lot yet the return in my opinion was negligible. From Monday to Friday the pay zones operated from 9:00am until 2:00pm then again 4:00pm until 9:00pm – a total of ten hours which generated €5 per space/car per day. On Saturday it was only half a day – 9am until 2pm, five hours generating €2.50. So over the course of a week, assuming that a space was taken for the entire paying period it made €27.50 a week. 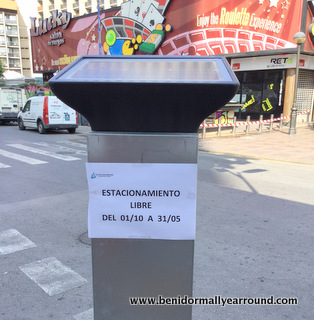 The pay machines have been boarded over and road signs have a notice sellotaped over, stating that the charges are now suspended until 31st May. Avd Mediterraneo and Avd Fillipinas – where the Hotel Presidente is located are both still pay zones, but roads off them are free, so be careful where you park. The eagle eyed wardens will surely be ready to pounce…