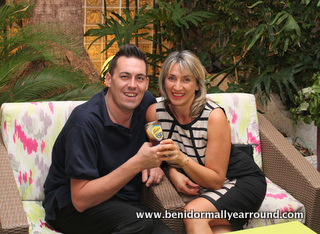 Taylor Marcs is a talent to take note of on the Benidorm entertainment circuit. The fact that he has only been here since January but already working 7 nights a week, with up to 3 shows per night speaks for itself! I met the gentle giant, all 6 ft 5” of him before his show at the Riviera Music Lounge and he is a gem - one of the funniest, sincerest and genuine of people you are likely to meet. He came with his constant companion Gale – as in Gales Honey, which he always has to hand to soothe his vocals! 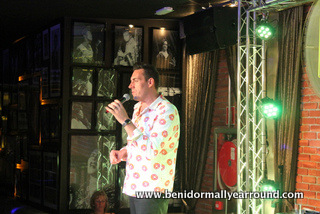 Originally from Leicester his first job upon leaving school was as a “bin boy” at the Inland Revenue – but the highlight of his week was a Thursday night where he´d go down to the karaoke bar and quickly discovered his passion for singing. Upon hearing him perform you´ll be staggered that he has never had any singing lessons or vocal training – demonstrating natural skill and talent. 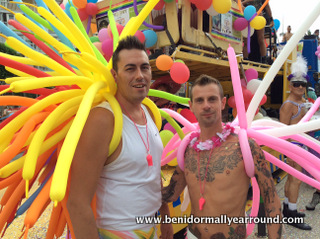 He then decided that his forte lay in entertaining and so joined Butlins in Skegness as a Red Coat – quickly progressing to a “Show Red”. He remained there for three years before moving on to a subsidiary of Butlins – the Toby Carvery Group where he was a trouble shooter, traveling around the country and was then given the challenge of managing and renovating a 700 bed hotel back in his home town of Leicester. An opportunity then presented itself to take on a pub in Wales, which he converted into a cabaret theatre “Monroe´s Unforgettable”, enabling guests to enjoy a meal and watch a show – something unique to the area. But the bright lights beckoned – and Wales´ loss was Benidorm´s gain… last year he came 12 times before upping sticks and making the move permanant. 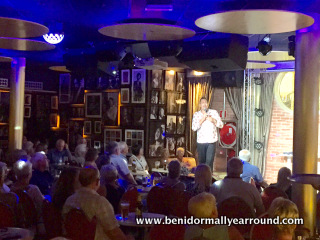 His shows are a combination of musical theatre, songs from the 60´s through to the 80´s and comedy interaction with the audience – a true multi-talented showman. His velvety yet powerful tones bought the entire room to their feet at the end of his performance, with many wanting to shake his hand to congratulate him. He truly has an incredible voice and I was surprised when he told me that he has auditioned 7 times for X-Factor, getting through to the last round 3 times but never made it …. You´ve missed out BIG time Mr Cowell! 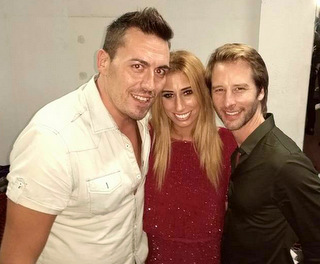 He is off to Vegas next month where he will be performing – I just hope he comes back to us! Just last weekend he was already rubbing shoulders with the likes of Stacey Soloman and Chesney Hawkes so who knows...

You can catch Taylor Marcs at the Riviera every Tuesday & Sunday; Sandra´s every night at 10:30 – except on Tues at 12:30am; Whitestar Wednesday at 10:15pm and Tower Lounge on a Monday 10:30 and Thursday 9:30pm – check out his FaceBook page – Taylor Marcs Benidorm for updates and follow him on twitter@taylormarcs - even comedian Jimmy Cricket is a follower!