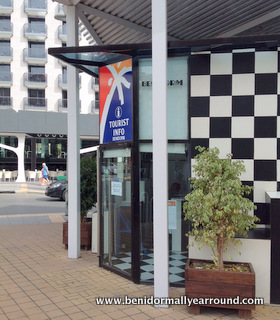 Have you been a victim of crime while here in Benidorm? More importantly, did you report it? Despite promises it is both disappointing and probably expected that the new SATE office in the Rincon de Loix will NOT be ready this year. The SATE office is a special centre where you report crime which is manned by the National Police and currently located in the Old Town. Initially Easter was the target, then moved on to Summer – now construction will not even begin until after the end of the busy holiday season, with a ‘planned’ opening in early 2017. A budget has been allocated but the estimate has not yet been approved, which is what is delaying the start of the building works.

The new building will replace the current tourist information office, opposite the Flash Hotel and consist of a SATE office, small Police station and Tourist Information Office – all desperately needed in that part of the resort. 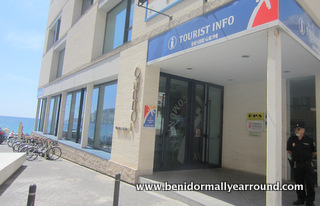 Many holidaymakers see it as hard work going all the way to the SATE office at the edge of the Old Town, or Local Police station, which is equally difficult to get to, to report a mugging or pickpocket knowing that they are unlikely to see the return of their cash. But you MUST otherwise officially the crime figures look low. The same goes for the peamen - most know that this is a scam but it's shocking to see how many still stop, drawn in by the 'crowd' gathered, not aware that they are part of the gang. And it is not just unsuspecting Brits that stop, all nationalities are duped. 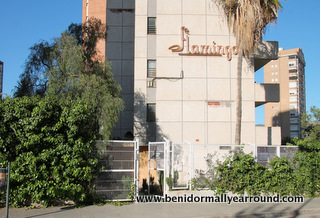 There are so many easy solutions that would cost virtually nothing to implement. Take for example the abandoned 14 storey Flamingo Arena apartments, located next door to the newly refurbished Marconfort Essence, on the juction of Calle Esperanto and Calle Lerida. It has been totally vandalized and overtaken by squatters, pickpockets, prostitutes and drug addicts on a nightly basis. Locals have been complaining for years of the health hazards it is causing, with rubbish thrown everywhere and rats scavenging around. All they need to do is park a police car outside with two policemen inside and sit there.