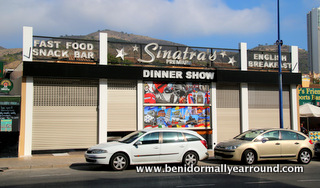 Benidorm’s newest venue to open is Sinatra’s Premium – a brand new Dinner and Show Bar, located in the Rincon de Loix opposite the Hotel Levante Club. The opening party took place last night, where Manolo proudly showed off the months of hard work that it took to achieve the spectacular result. 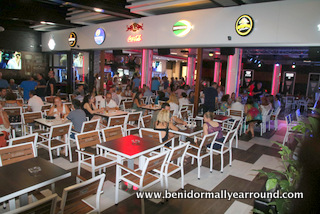 The 550 sq mt venue has been finished to a very high standard and he knows exactly what does and doesn’t work - having a number of other clubs and bars in the area. But this is different to his other venues in that it will not just be serving drinks but snacks and food throughout the day and ultimately a sit down meal with show in the evenings. 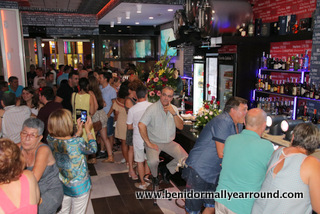 He plans to have International themed evenings on different nights of the week such as a Russian night, Spanish night, British night, Dutch night etc - a totally new concept for Benidorm, with entertainment representative of that country which he hopes to have up and running by the end of the year. 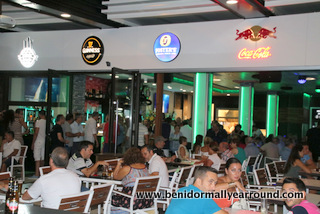 There is plenty of seating, including some very comfy sofa’s, screens on all the walls, long bar towards the back and another at the front plus stage complete with dance floor. One of the best things is the retractable roof, which covers what was the terrace and connected to the main area with a moveable glass partition creating one huge space. 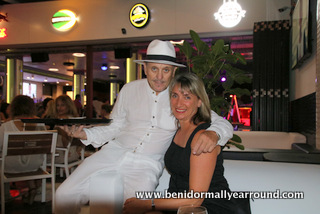 This is a real bonus for smokers as it means they don’t have to go out onto the street and miss out. It looks a swish and classy venue with the added advantage that you don’t need to go right into the heart of the club area, something which often puts many off going out in the evenings. 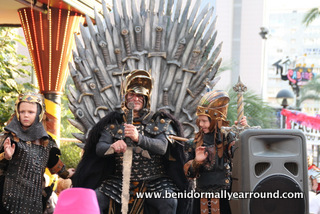 Manolo is the man behind the November British Fancy Dress Day (this year taking place on Thursday 17) which has become somewhat of an institution here now. He even dresses up himself and gets into the real spirit. The Town Hall have even started to include the event in the official fiesta calendar now after finally realizing how popular it is and the amount of money it brings to the town. 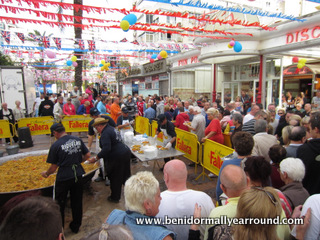 The day after the Fancy Dress Day there is always a free giant paella for everyone courtesy of Manolo... the owner of Sinatra´s in the Square. He certainly knows a thing or two about running bars as he also runs the popular Chaplin´s, Joker's, Tropical and Red Dog. It is his way of saying thank you to everyone who comes and more importantly, keeps coming back year after year and making such an effort. Manolo started the Fancy Dress over 20 years ago.... back then he use to give anyone who had dressed up a free drink - can you imagine that now with the number of people that turn up! So instead of free drinks, which is unfeasible, he lays on a free paella for everyone which he has done for the last 10 years.