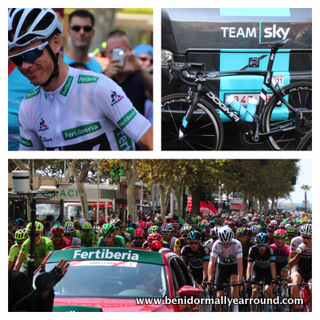 It was a busy day in Benidorm today – with two events taking place. Firstly the La Vuelta cycle race this morning, starting stage 20, a 193.2km route from the Rincon and you have never seen so many police on duty- Local, National and Guardia Civil. This penultimate race was won by Pierre Latour (ALM) despite many attempts by Britain’s Chris Froome of Team Sky to overtake. He was ceratinly cheered by fans as he left the Team Sky coach to collect his bike - No 21 as he headed for the start line with his team. 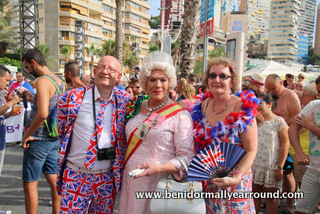 But the real excitement was for the Pride Parade, which was scheduled for a 5pm start but was nearer to 6pm before it set off from the Rincon. Hundreds went to great lengths dressing up and getting into the spirit of the occasion – and even Her Majesty made an appearance...in addition to a number of other queens! 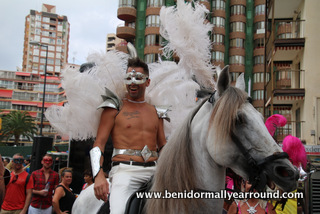 However, top marks must go to Colin Brown aka Miss Coco Chanel, Benidorm’s Queen of Visual Comedy for donning his feather wings and stealing the show on a beautiful four-legged specimen! I think that this is the first time that an animal has taken part in the parade - although the Terra Natura trailer was there with a platic rhino! 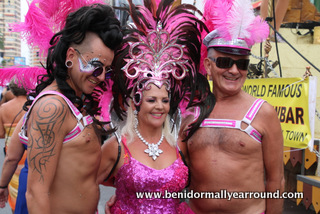 There were many vibrant feathers and sparkly sequins, plenty of very high platform heels and a number of minimalist leather accessories – which got the crowds cheering and clapping.. or maybe it was the naked chests and bare cheeks (by which I don't mean those on your face either!) 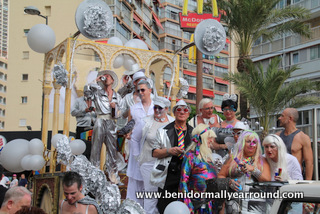 The parade floats and participants assembled at the Rincon End of the Levante, putting on finishing touches to their outfits. The spectators walked amongst them, stopping to have their photographs taken with them - and all obliged, posing for the camera.. it certainly made a great souvenir for the holidaymakers. 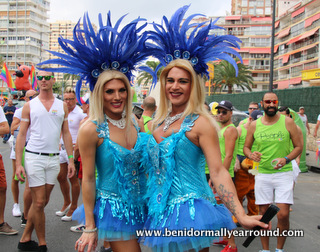 Much effort went into decorating the floats and cars with balloons, ribbons and bunting in the pride rainbow colours. Two separate bands led the parade and each float had music blaring, creating an electric Mardi Gras atmosphere – even the escorting police could be seen having a sly jig. 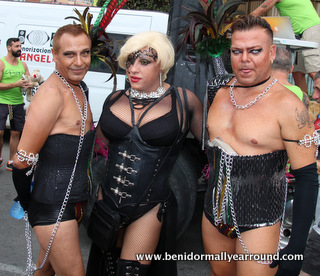 The parade finished off at the Julio Iglesias auditorium, where a late night concert rounded the day off. Tomorrow is the closing event and for the first time there will be an evening beach concert on the Mal Pas beach in the Old Town. Looks like top marks go to Sammy for organizing yet another terrific Pride event and putting Benidorm on the Pride map. 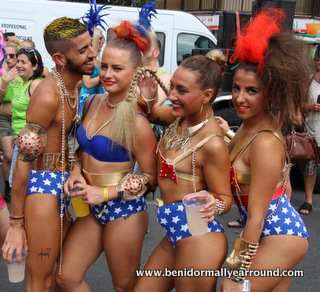 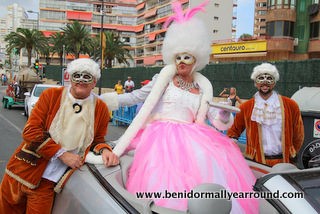 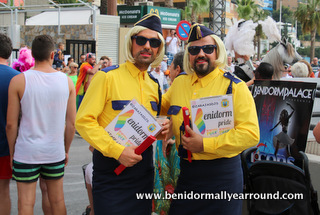 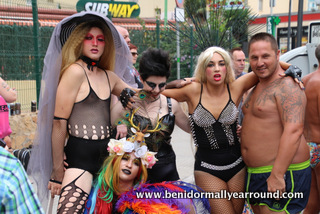 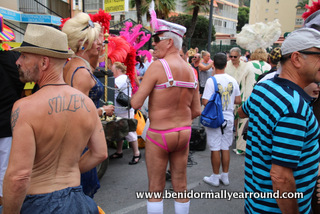 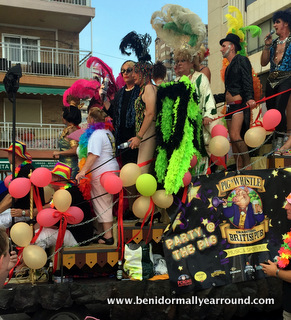 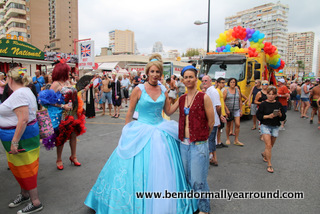