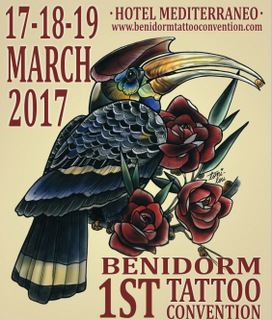 Body Art or inking – normally referred to as tattoos, were once the reserve of bikers, sailors and criminals, but now widely accepted in society. Figures show that one in three young British adults have at least one, with many emulating celebrities such as David Beckham, One Directions Harry Styles, Angelina Jolie and Cara Delevingne. But if you think it’s only the young who have them done then think again - actress Susan Sarandon had her first at the age of 61. Some say that once you start you just can’t stop – which is certainly the case of an avid fan of the Benidorm series, Jason Green from Wellingborough in Northamptonshire. 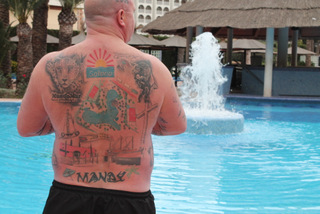 His love of the series does not stop at visiting each of the filming locations here, multiple times a year or watching his DVD box sets repeatedly, he has a permanent inked reminder. But not just an odd tattoo – characters, locations and cast signatures adorn his entire back and arms in homage to the series! 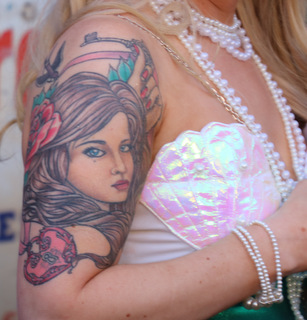 There are numerous tattoo and piercing studios here in Benidorm, much like many typical towns and cities across the UK – but one thing that has been missing here is a Tattoo Convention. Over 400 are held worldwide every year and in 2017, Benidorm will host its first ever, over the St Patrick’s Day weekend - which also coincides with the Spanish Fallas. 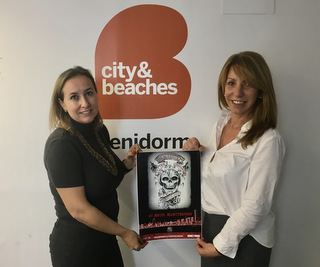 The event is being fully supported by the Town Hall and Visit Benidorm – the Tourism Foundation, who will be promoting it at all the travel fairs across Europe. Karen Cowles, one of the organisers met with the director Leire Bilbao to discuss the agenda for the three day event, which will take place from Friday 17 until Sunday 19 March at the Hotel Mediterraneo, located opposite Benidorm Palace. 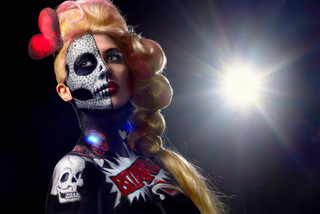 Over 40 stands with tattoo artists from Spain, Britain and even Scandanavia will be taking part, bringing their own unique designs and displaying their individual talents. Throughout the three days there will be shows, demonstrations, a best tattoo model competition, a traditional old school barber, incredible body painting by Pixie Lawrie, live bands entertaining and guest appearances by some well-known faces. 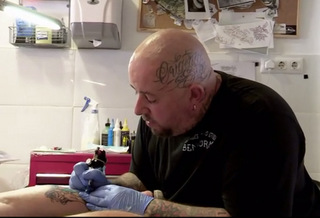 Featured on Bargain Loving Brits in the Sun was Blane from Inkaholics - who are one of the sponsors of the Tattoo Convention. Blane co-owns the only only Welsh tattoo studio in Benidorm. Originally from North Wales, he moved to Benidorm 3 years ago, where he continued his profession. He has now been tattooing for nearly 20 years and worked in many cities across the UK.

Elaine Davidson, the Guinness World Record Holder for the “Most Pierced Woman’ with over 9,000 will be one of the special guests. Although rather startling to look at, especially as she has many on her face you can’t help but stare and many will want to be photographed with her. She is very excited to be taking part and will be displaying some unusual talents and skills that will definitely have a shock factor! Elaine never removes any of her piercings – not even when going through airport security… can you imagine the hold up and even sleeps in them. She estimates that they weight around 3kg and despite preconceived ideas, she does not drink, take drugs or smoke… her only weakness is coca cola! 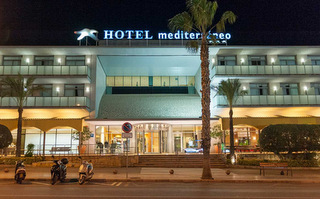 This will be the first Tattoo Convention along the Costa Blanca, bringing to together fans and artistes from far and wide. It will be another notch for Benidorm tourism and the beginning of an annual event. What better excuse to come to the resort for a mix of Irish craic to celebrate the Patron Saint of Ireland, a bit of Spanish fiesta watching the burning of the Fallas and body art all in one weekend!

For more information go to www.BenidormTattooConvention.com