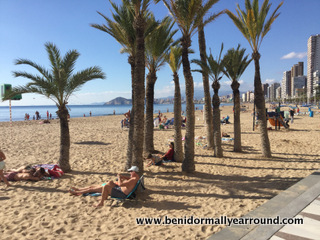 The last day of 2016 was a glorious one in Benidorm – beautifully warm with plenty of people on the beach catching some rays. It's quite astonishing how warm it was even compared to the Costa del Sol, where apparently it was coat and scarf weather! 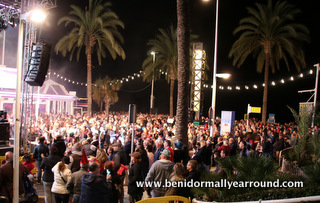 Once again the Town Hall put on a party to bring in 2017 down on the Levante promenade – and it was packed. Thousands turned out – residents and holidaymakers, armed with bottles of cava, hats, streamers and poppers. 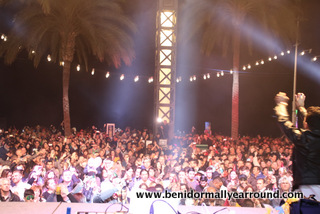 Free bags of grapes were handed out to the crowds and DJ’s kept the party atmosphere going until the pivotal moment, when they counted down the last minute and the strike of the chimes signaled in 2017. Many of those in the bars along the front spilled out onto the street to join in the celebrations, which went on well into the early hours. 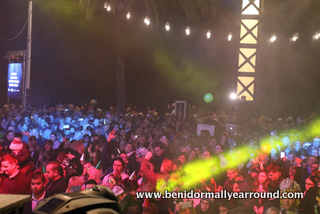 The police were out in force overseeing that things didn’t get out of hand – but allowed everyone to have a good time. It will certainly be a quiet Sunday in Benidorm as many will no doubt sleep off the previous nights celebrations!

The next big events taking place in Benidorm will be St Patrick's Day on Friday 17 March and the very first 3-Day Tattoo Convention from 17-19 March http://www.benidormtattooconvention.com/ 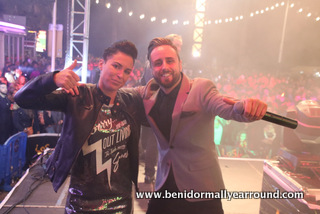 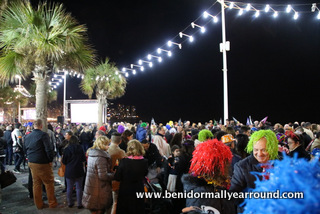 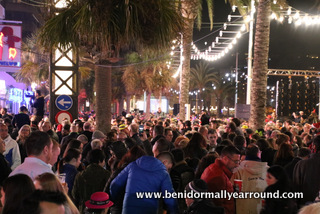 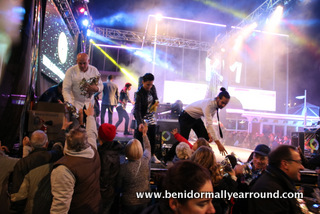 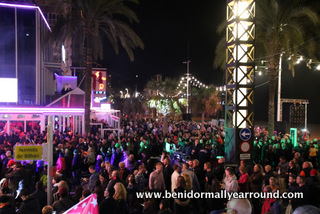