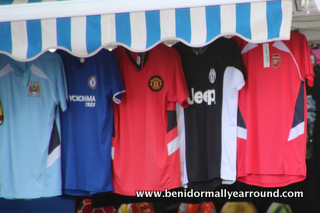 The Guardia Civil have seized counterfeit sports goods with a street value of over €30,000 from four shops in Benidorm. 664 football shirts from Barcelona and Real Madrid as well as branded Nike and Adidas tops were confiscated and four people of Indian origin were arrested – in previous raids it has predominantly been Chinese nationals. 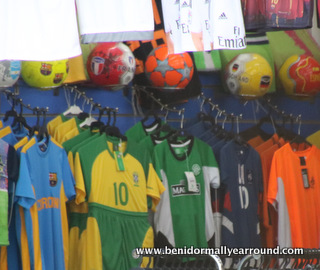 Club football shirts from Premier teams can easily be found in many shops around Benidorm – you really don't have to look too hard. The fact that genuine ones can cost in the region of £80 from an official online shop obviously means that there is certainly a demand for them, especially children's ones. 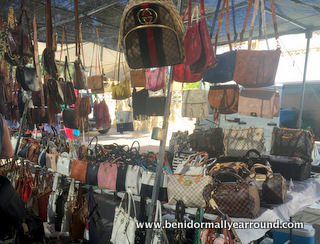 Fake gods are widespread here in Benidorm, especially at the weekly market, where you can easily purchase ‘designer’ handbags, sunglasses and watches. I really don’t think that anyone is under the illusion that these are genuine goods – primarily from the price and quality but technically it is a criminal offence to purchase them, knowing that they are fakes.

Many are also offered by African nationals, who walk around the restaurants and commonly referred to as the ‘Looky Looky men’ but are always on the lookout for police and do a runner when they are in sight. Years ago you could only purchase such goods in the Far East but now they are available everywhere. But then that is why many go to the weekly markets here - to take one back with them!