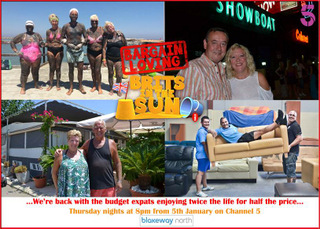 The new series of Bargain-Loving Brits in the Sun is back on Channel 5 and last weeks episode featured two selfless expats – Linda Soler and Priscilla Pearce and their mission to save abandoned dogs and rehome them. There has been an incredible amount of people asking about these two wonderful ladies and the work that they do here in Benidorm, so I met up with them over the weekend to find out more. 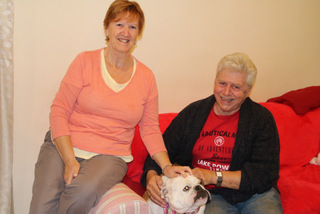 Cilla and Ray Pearce have been living here for 10 years – originally from Bournmouth they moved here from Gran Canaria. Linda Soler moved to Benidorm just under 9 years ago from Essex to start a new Life in the Sun… like many dream. They met at a charity fundraising event in The Showboat on November 24, 2012 – a memorable date for all the wrong reasons. Linda noticed Ray not looking too well, in fact ‘grey’ as she puts it and insisted that he went to hospital – well it’s a good job she did as Ray had suffered a heart attack and within 24 hours was in the operating theatre having stents put in! 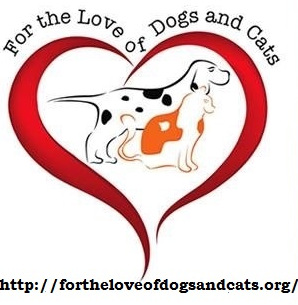 Building an instant rapport and identifying a mutual desire to help animals they formed “For the Love of Dogs & Cats” in January 2013 - and became a fully registered charity in the July of that year (following about half a dozen trips to solicitors) - responsible for rescuing, re-homing and helping dogs and cats from across the whole of Spain.
Ray picks up most of the dogs and in the last year alone has driven around 20,000km accomplishing this.

One rescue mission entailed driving all the way down to Gibraltar, where they found Elsie, a very badly treated British Bulldog pedigree weighing only 15kg. Having had Bulldogs in the UK they fell in love and couldn’t bear to part with her, so have actually adopted Elsie themselves – she is certainly much healthier now and she lives with another adopted rescue dog. It was Cilla's idea to approach the television company, purely to raise awareness and interest in their cause… and it has certainly done that. The response has been phenomenal and following the program gained an extra 300 members on their Facebook group in one day – social media is a huge platform for them… Mission achieved! 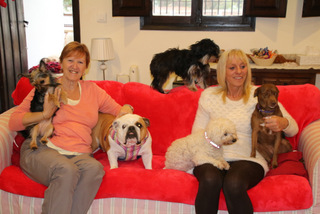 Filming was done at Linda’s home, where she currently has nine dogs, four of which she has adopted but at one pint she had 25. Last weeks episode showed Flora who was just about to give birth to a litter of pups – she did and they were all found new homes whilst mummy continues to live with Linda. 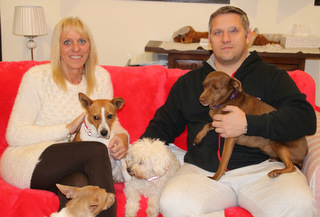 Her son Paul and his family also moved over to join Linda in July of last year. Paul transports dogs in one of two van which they have, which have space for 25 cages – there are 4 drivers in total. They are a fully registered Spanish transport company authorized to transport pets between any EU country to their new homes and as he was spending so much time here the family decided to base themselves here too. There are always two drivers and the journey takes around 27 hours, with frequent breaks.

Any rescue dogs that are being rehomed abroad have to have a health check from a Government Ministry OCA vet before they can be released. All dogs are spaded and vaccinated before being sent off and all the ladies ask is a €100 donation – it actually costs a lot more! Home checks are performed on every single person wishing to adopt – those here are personally carried out by Ray and Cilla, who have a detailed 8 page questionnaire. Ray says that they have only had to refuse 2 to date and most are grateful to the couple for being so caring and thorough before releasing what are often mistreated and frightened dogs. Although they only personally deal with dogs they have other volunteers who deal with the cats. 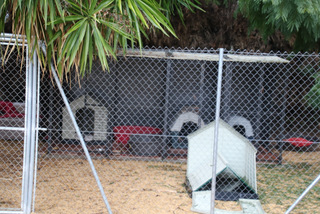 Linda has built kennels in her garden to accommodate newcomers and later this year plans on expanding and adding more, which will allow her to foster more. It is a true labour of love, which is evident when you see them interact with each and every dog. They know each dogs name and all nine played beautifully together as one big happy family.

The work which they all do is truly inspiring and were it not for angels like Linda, Cilla, Ray and Paul - plus the many other volunteers who work tirelessly to rescue and rehome abandoned, abused, unwanted and unloved dogs and cats then you shudder to think what their fate would have been. If you would like to help by making a donation, no matter how small, to enable them continue the good work which they do, you can do so via their PayPal account. They also have a “Euro a Month” scheme which you can set up by direct debit – what’s that, not even the cost of a cup of coffee, or pint here in Benidorm! The work that they do is solely possible from the donation received…. to Cilla and Linda, the poster girls for the cause – we salute you.