Living the Dream in Benidorm - or not 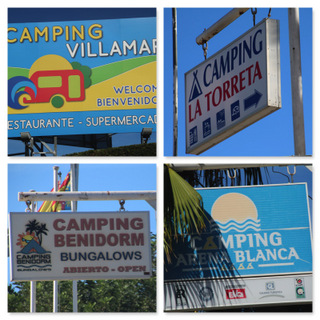 With the current series of Bargain Loving Brits in the Sun, you’d be forgiven for thinking that every British expat that moved to Benidorm lived on a caravan site – a complaint I have heard many times from those settled here. Villamar always features regularly, although in last week’s episode, La Toretta made an appearance for the first time. The name of the program certainly implies that it is a bargain to live there and you would be forgiven for thinking it is full of last chance types scrapping by on their last euros. If you are looking for a cheap lifestyle then campsites are certainly not that as I discovered.

One lady was querying the cost of her monthly electricity as her latest bill, dated December 30 until January 30 was for €237.60 for a 2 bed static caravan – the previous months was even more! The average for a 2 bed apartment would certainly be under €100. The normal charge from Iberdrola – the national electricity supplier, including IVA (Spain’s equivalent of VAT) works out to around 25 cents per unit. The site which this lady was on, are charging 45 cents – an 80 per cent mark up and monthly rent was €500! You can rent an apartment for less than that and not be charged, in my personal opinion, an absolutely astronomical mark up by the site management company. A big issue is that here in Spain utilities are charged at the full IVA rate, which is 21% unlike in the UK where it is only 5% on electricity, gas and water. 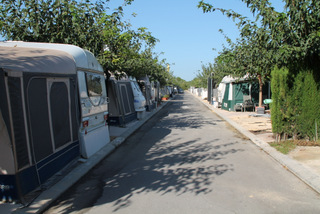 Curious to know whether that was an isolated case I contacted others on different sites and sadly it appears to be the norm. Villamar, the biggest and most popular site here in Benidorm are sadly almost as bad, coming in at 41 cents. Like most you pay an annual pitch fee, which is €4,290 - half of which is paid in January and the other half in June. On top of that they have to pay an additional €500 a year to park your car on site, so that tots up to €4,790, which divided up comes out at €400 per month - El Raco is even more expensive! 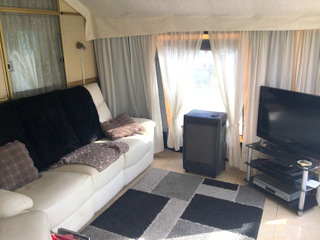 Most use gas heaters on caravan sites, but at €14.95 per bottle, in the cold winter months you can easily get through one per week. It is something you need to research carefully before selling up, packing up and making the move… granted the cost of eating out is far cheaper and the obvious two factors, weather and booze may outweigh the basic living costs, but get your sums right before you embark on a Life in the Sun.