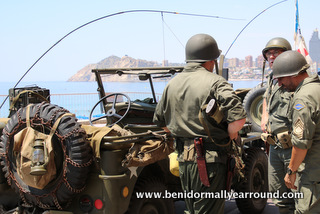 The Poniente beach was transformed into a surreal sight for many this weekend, becoming a battlefield for the re-enactment of the D-Day Normandy landings. More than 300 members of Codex Belix took part – an association dedicated to recreating historical events, traveling not only from various parts of Spain but also from across Europe to participate. 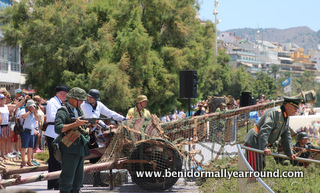 Restored vintage American and German military vehicles paraded through the resort and along the promenade, attracting much attention from holidaymakers sunbathing on the beach. All the participants dressed the part, with even military nurses at the ready to tend to the injured. 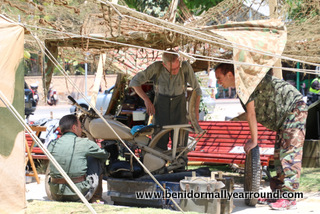 Dove Park, a favourite with the Spanish was transformed into a military camp, where each division set up base with their tents. There were also information points and retail stalls selling military memorabilia. For children it was a far more interesting history lesson than any they had been given in a classroom! 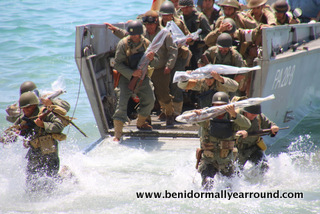 On Saturday evening an original Higgins boat was used to bring troops from the sea onto the sandy beach to recreate June 6, 1944 – the Normandy Landing. Some of the rifles were covered in plastic to protect them from the seawater – obviously not what really happened but these were expensive originals so understandable. 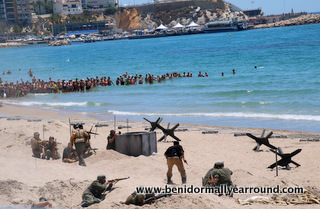 It was made very realistic, with the sound of bombings and gunfire played over loudspeakers and the troops firing at each other from bunkers, letting off grenades and canons. Sunbathers stood and watched on in awe at the scenes unraveling before them, not quite sure what to make of it all. 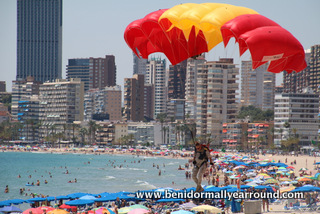 On Sunday afternoon the beach landings were once again repeated – this time re-enacting Operation Avalance – Salerno 1943. It was finished off with the Spanish Air Force parachuting down onto the beach to mass applause. It was certainly unique but enjoyed by everyone. 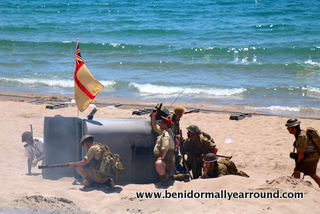 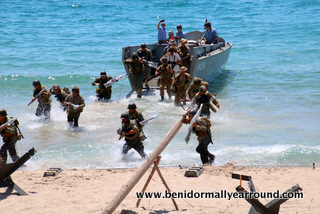 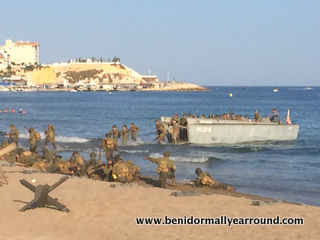 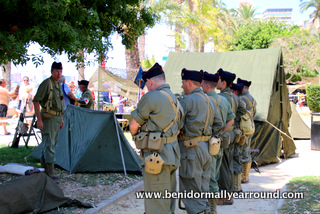 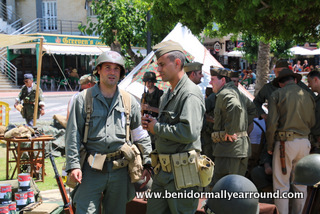 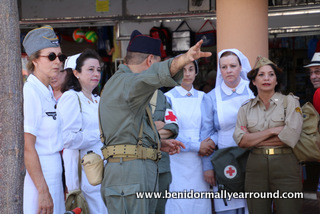 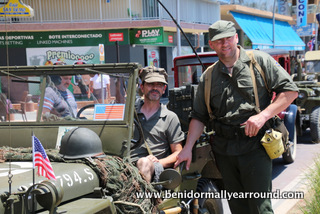 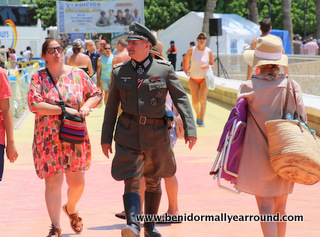