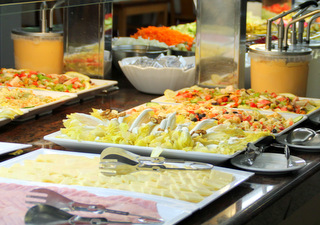 Great news and not a moment too soon – a Liverpool couple, Julie Lavelle and partner Michael McIntyre who tried to make a fast buck by submitting a false holiday sickness claim for £10,000 have had the case thrown out by a judge. Not only that, but they have to pay the tour operator, Thomas Cook £3,744 compensation within 28 days. 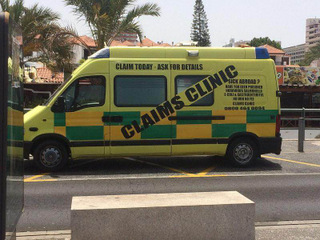 What is really intriguing is that the holiday was taken back in 2013 yet the claim was not submitted until 3 years later. Interestingly, neither made any complaints or notified the hotel or tour operator at the time that they were suffering from sickness, diarrhoea and vomiting, returning to work as per normal the day after they got back.. fishy or what? 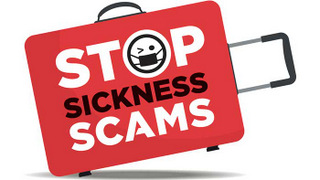 Fraudulent sickness claims by Brits on All Inclusive holidays is costing the industry £60 million and it is estimated that over 90% are dishonest. Unscrupulous claims companies offering No Win, No Fee deals and promising claimants that they can get back the cost of their holiday, encourage the practice, touting for business at hotel poolside’s.

Just type into Google ‘Holiday sickness compensation’ and it is shocking - you are inundated with companies fighting to take on your case.

There is even a practical guide to take you through how to make a holiday sickness claim. One company is claiming that they could get up to £45,000 for severe food poisoning! 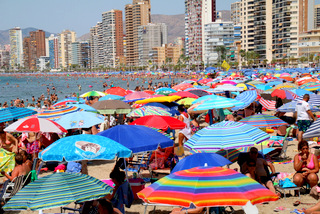 It is truly appalling and easy to see why this has got so out of control. The consequence to the majority of decent honest holidaymakers is that hotels here will stop offering British people All Inclusive options for this very reason. Tour operators, hotels and insurance companies should then blacklist anyone found guilty of making a false claim– that will hopefully put an abrupt end to this ridiculous compensation culture.

The UK Government plans to crackdown on a loophole by setting out clear rules to limit the legal costs that companies can add on top – this does not currently apply to a tour operator if the incident happened abroad. The legal costs are often double the actual sickness claim, ramping up the total being sought from the tour operators, who in turn, deduct it directly from the hotel. The Foreign Office are also making it abundantly clear that holidaymakers could face up to 3 years in prison if found guilty of making a fraudulent claim.

+1 #3 In2town Travel Mag 2017-07-17 08:32
False sickness claims could soon be a thing of the past. With the government crackdown, and with Spanish hotels asking chemists to only give medication with a sicknote, it should be harder for false claims. What is shocking, is how easy it has been all these years to get a pay out. All you needed was a receipt for medication, and the day on the holiday you became ill. Hopefully now, these false claims will stop otherwise it could result in holidays becoming more expensive
Quote
+1 #2 Mark Broadbent 2017-07-16 12:08
I'm glad to see they have been hit fairly hard. The "touts" and solicitors recruiting claimants like this should be jailed!
Quote
-1 #1 steve sheppard 2017-07-16 12:04
In the mail this morning that a couple have been charges with making false claims. Seems its a family business with the 30yrs old daughter also making false claims. The total value of all the claims was £52,000.0p. Hope they throw the book at then. Why should decent hard working people have to pay extra for their holidays because of these (and I use the tern loosely) people
Quote
Refresh comments list