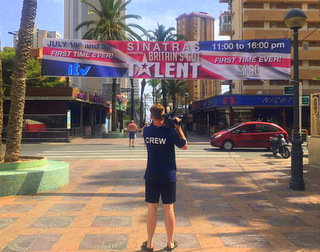 Yesterday afternoon the first of a number of scheduled auditions took place here in Benidorm, looking for who may be the next potential winner of “Britain’s Got Talent 2018”, which is broadcast on national television! Teams are here in the resort, having arrived on Tuesday afternoon, to record acts to take back to London for the production crew to view. 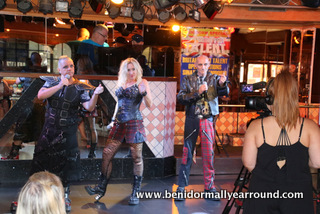 This year the nations’ favourite talent show, broadcast on ITV is casting it’s net further afield in its search for talent – and they couldn’t have chosen a better place. Traditionally teams search across the UK but for the very first time ever they have come abroad and Benidorm was chosen, in part due to it’s high concentration of British expats. 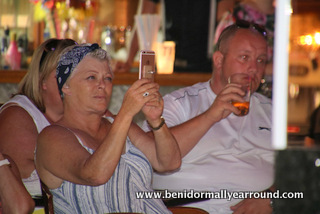 Sinatra’s was the first venue and many popular faces and amazing acts from the entertainment circuit turned out – all supporting one other. Even Crissy Rock - who many remember from her stint on the Benidorm series was in the audience, recording Paul Chunkz Devlin doing his Roy Orbison number. 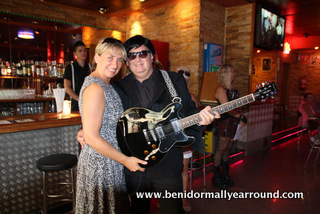 Others that turned out included Sian Payne, Danny Tetley, John-Paul & Ash, One Vision, Lorna Gibbs on sax, Aisha Nicole Speirs and Lizzy G… giving it their all. Afterwards they all did a quick interview to the camera, giving their name and details about themselves before handed a flyer which said that any successful candidates would be contacted by February. This afternoon the crew will be at Voices and on Friday at The Showboat for scheduled auditions. 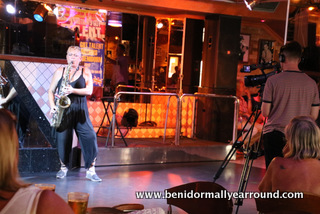 However, if you think you have got something special – you could be a resident or even on holiday, then get yourself down to Sinatra’s this Sunday, July 23, between 1aam and 4pm for an open audition. You can be a singer, comedian, drag act or have some other unusual talent – anything goes! 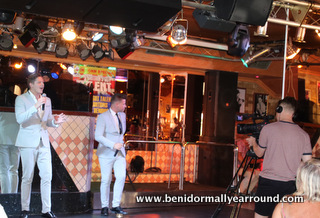 Over the last eleven series there have been a variety of winners from singer Paul Potts, who was the first ever winner back in 2007 to dance troupe Diversity in 2009, Ashley and Pudsey in 2012 and the current winner, the incredibly talented pianist Tokio Myers. Many of the winners – and even runners up, have gone on to have amazing careers. Who can ever forget Susan Boyle? She didn’t win but still gone on to sell more than 23 million records worldwide.
So what are you waiting for - all you need is something special to show and determination… and you’ll never know where it might take you!