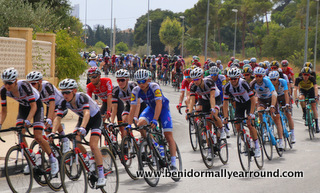 The 9th stage of the La Vuelta 2017 passed through Benidorm and Alfaz this afternoon, on route to today’s finish in Benitatxell. The 174km leg started off in Orihuela and took in much of the Alicante coastline, although earlier in the week the Mayor of Torrevieja said that the route would not pass through the town as there was insufficient police to guarantee a safe secure passage. 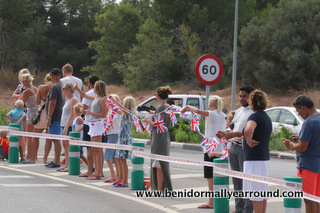 Crowds of supporters lined much of the route, waiting for the cycling packs to whizz past. The N332 coming out of Benidorm was closed off to traffic around half an hour ahead of their expected arrival – 3.30pm, catching a few drivers unaware and a little frustrated. 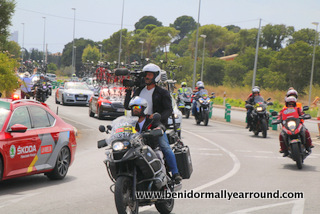 Fleets of Guardia Civil traffic police on motorbikes lead the advancement along with many support cars, carrying spare bikes on roof racks. The hover of the helicopter overhead signaled their imminent approach and the crowds cheered as the lead pack sped past. 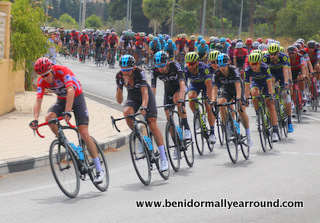 There then followed by a fairly long gap before the main pack arrived – which included Team Sky in Black with Chris Froome visible in the red jersey in the group. There were plenty of Brits cheering Froome on, waving Union Jack bunting and flags – although they were that quick it was very hard to pinpoint exactly who was who. Thankfully it has been a rather overcast day here today, favouring the cyclists on their arduous journey. 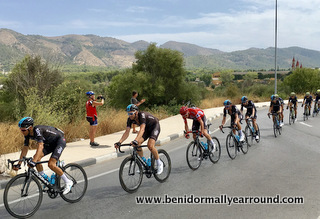 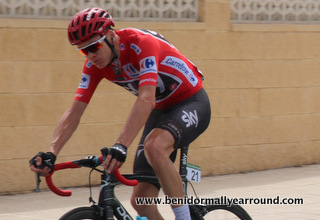 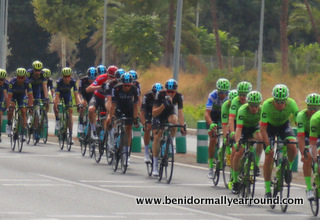 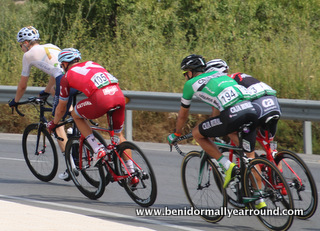 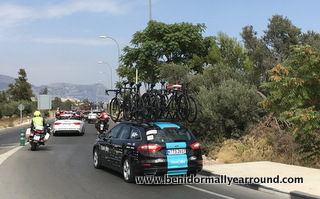