Benidorm's eyesore to be resurrected 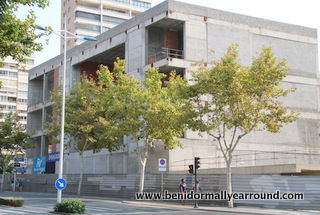 Many of you will have walked down the Avd Europa and passed what can only be described as a concrete monstrosity, surrounded by corrugated metal sheets about half way down towards the main Avd Mediterraneo. This is hopefully not Benidorm’s Sagrada Familia – the still unfinished Gaudi Basilica in Barcelona, which was started in 1882!

The 11,000 square metre structure is a blot on the landscape but one that will hopefully at long last be addressed in the coming months. 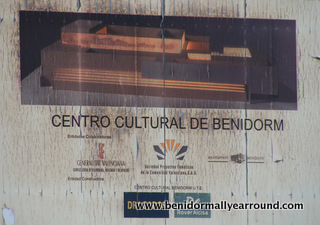 The project is for a cultural centre, which originally included a 1,200 seater auditorium plus second smaller one, museum and parking for 400 cars when it was proposed back in 1996 - with an initial budget of €12 million. However, as with most things, by 2003 this had escalated to an eye watering €48 million. 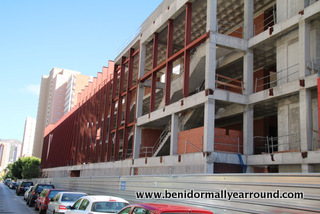 It was chosen from one of 93 submissions, presented by Juan Navarro Baldeweb although his estimate was already two million euros, or 1,600 million pesetas as it was then, over the budget earmarked for the project.The land is owned by the council and was a football pitch until around 2002 – they bought it at a “very good price” on the proviso that it was used and enjoyed by the public and residents of the town. 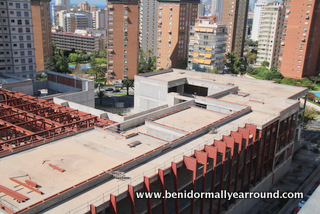 The plan also included two music conservatories – Benidorm is the only town where it is located in a bullring. However, with the financial crisis both the town hall and Generalitat – Provincial Government, ran out of money to complete the project. In July of this year a motion was passed to cancel the original plan and they are now waiting to sign off a revised one, which will see the completion of one music conservatory, the smaller of the two auditoriums, a cafeteria and the cladding of the entire outside – minus the car park. 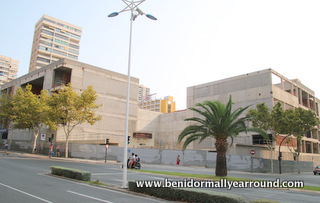 This will mean that to passersby – including the millions of holidaymakers who visit every year, it will look finished and more importantly, presentable. The town hall have to replace the metal fencing every few months around the perimeter to stop vandals and squatters entering – a costly matter and paid for out of the towns already stretched budget. 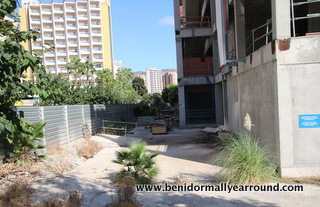 Employees at a hotel, which is located right next to the abandoned structure are unhappy at the current stalemate. They say that every week they are having to call the police because children are entering and playing on the roof - an accident waiting to happen. Also, squatters and undesirables hide out, laying in wait on unsuspecting holidaymakers heading back to their hotels after a night out - sometimes a little worse for waer and so easy targets. 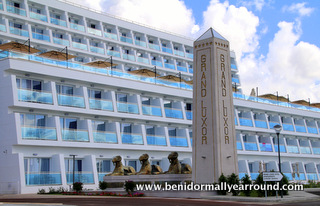 In order to help finance this project, the Generalitat are selling off land around Terra Mitica, which is earmarked for 2,000 new houses. The newest building to have been completed is the stunning Grand Luxor Hotel, directly in front of the theme park. 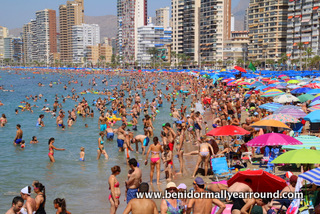 Benidorm is one of the few town’s without a cultural centre, which considering it’s size, number of visitors and money it brings into the province, somewhat of an anomaly. Granted most come for the beach, cheap alcohol and free nightlife, but it will certainly add a new dimension to the resort.

In 2006 it was announced that an outside company – The Thematic Projects Society, would initially be awarded a 15 year contract to run the centre on its completion, after which it would be handed back to the town hall. Lourdes Castelles, Councilor of Town Planning, the department under which this project falls, envisages that works will commence before the end of this year and the plan is to finish Phase 1 by 2019.