Most visitors bring back something from their holiday here – cigarettes, alcohol, t-shirt etc, but one lady can certainly top that, bringing back a baby when she went into labour early. Although it may not seem that unusual, this was back in 1971 when package holidays were not as popular or affordable to the masses as they are now.

Scottish couple Maureen and Desmond Herron booked a Skytours package in August 1971 with their 18 month old son Paul, staying at the Hotel Rey Mar – now the Hotel Ambassador on Calle Gerona. Des grew up in the Govan district of Glasgow where his best friend was Alex… now better known as Sir Alex Ferguson and was a professional footballer, playing for Aberdeen. 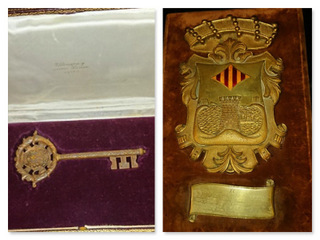 Maureen went into premature labour, two month early, giving birth to a three-pound baby in the hotel room – calling him Sean Thomas and the pair was immediately transferred to hospital. The medical expenses were substantial – more than the £150 paid for the holiday and back in those days it wasn’t as easy to transfer money abroad. But the then mayor of Benidorm not only covered the costs, but became his Godfather and granted him Freedom of the City, presenting him with a plaque and Key to the City. 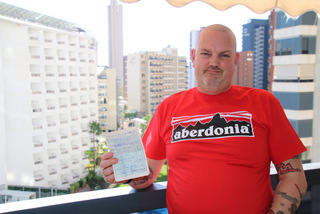 The locals even opened up a bank account and Sean still has the book, with 8,819 pesetas, which at today’s rate would be worth around €1,000 – a substantial sum back then. . The family retuned to Benidorm the following summer, on an all expenses paid trip courtesy of the Skytours and it was Sean’s last time here. But now, 45 years later, he is back – with his own family, wife Amanda and sons Cameron, 15 and Connor, 12 to see where it all began. 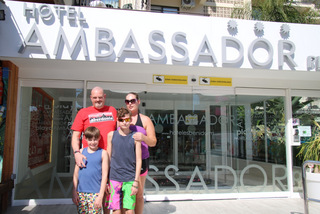 The family stayed at the Gemelos 22 apartments, delighted with their choice – all down to Amanda who use to work in the travel industry. They live in Aberdeen where the climate is bitterly colder in the winter months so it was a welcome relief to be here for 10 days.

Once the boys finish their education Sean’s dream, like many others, is to move here – and I can’t say I blame him. The family didn’t know what to expect, wondering whether it would be like it is portrayed in the comedy series - but were pleasantly surprised, apart from the vast number of mobility scooters whizzing around everywhere! 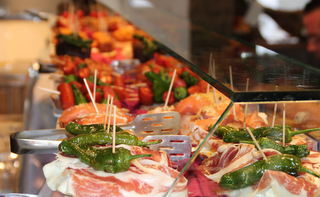 They popped down to the Ambassador so that dad could show his family where he was born. They loved the Old Town and had lots of tapas in Tapas Alley, went to Aqua Natura, took the tram up to Alicante for the day and obviously enjoyed the beach but Sean said that it is definitely more geared up for the drinking culture. But will that stop him returning – no chance.