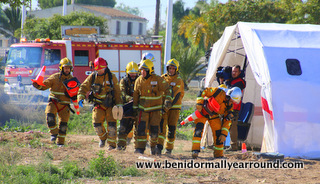 A simulation plane crash took place this morning just outside Alicante airport, in a training exercise, which involved over 500 people from 25 different organisations and 157 vehicles. Numerous officials were also there to observe, including Sara Munsterhjelm – British Vice Consul along with other consular staff. 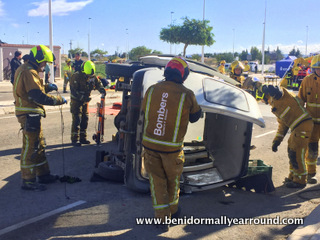 The scenario was that a passenger jet with technical problems crashed on approach to the runway, rolling a number of vehicles, destroying a building and leaking fuel from the plane igniting a nearby forest. The exercise took place at the nearby industrial estate, which is directly under the flightpath. 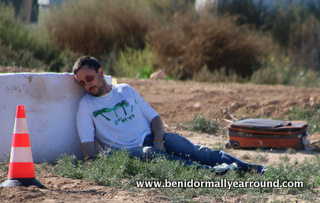 The carefully orchestrated exercise took much planning, with students from Alicante University role playing as the victims. The standby airport fire crew were first on the scene and followed by all the emergency services including National Police, Guardia Civil, Ambulance, voluntary services, forensic teams, the rescue service with sniffer dogs and two helicopters to take the seriously injured out. 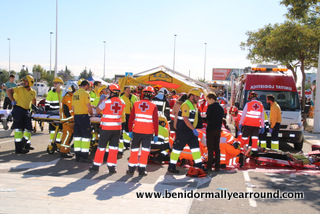 A triage area was set up to assess and evaluate victims then administer appropriate medical treatment, police blocked approaching roads to assist emergency services and fire crews had to attend to all the different scenarios to rescue people. 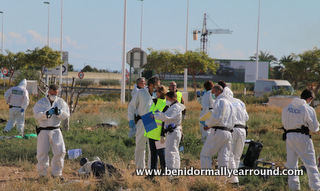 It was certainly very realistic, with victims made up with blood and wounds to replicate the crash scenario. Observers from emergency services from many towns in the province attended, including Valencia, which also has an airport. It was incredible to watch and observe and reassuring that in such an eventuality they all know the protocol and how to respond. 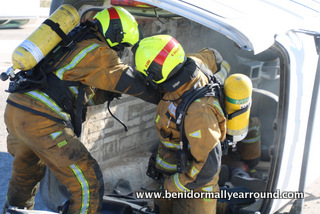 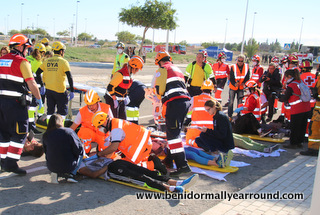 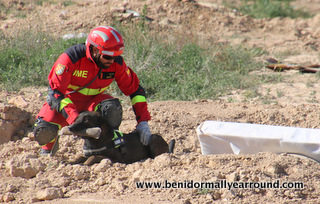 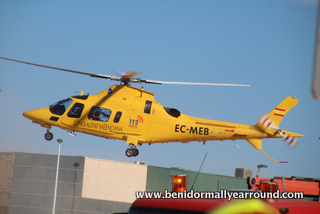 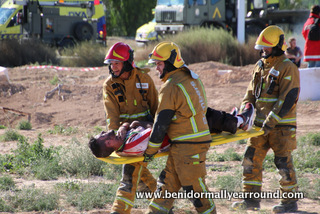 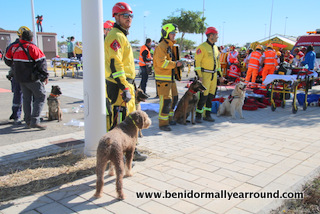 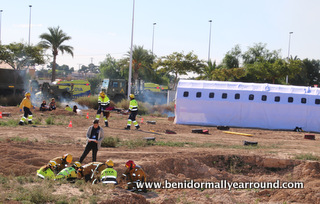 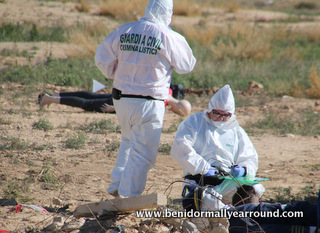