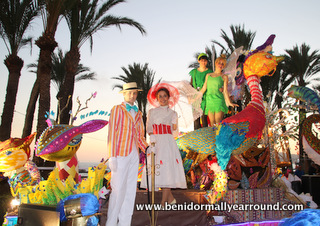 The spectacular Three Kings parade took place in Benidorm this evening – a tradition repeated in many towns and cities across Spain on the eve of ‘Los Reyes Magos’ tomorrow, which is a bank holiday here. The floats left from Dove Park – a little later than the scheduled time of 6pm and the evening sunset made for a beautiful backdrop as they set off. 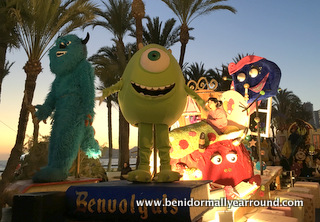 Thousands lined the streets on what was a very mild evening to cheer as they all passed, which included a vast assortment of animals this year. But one of the highlights for the spectators are all the sweets thrown out into the crowds from the floats and the mad scramble to collect them all, with the Spanish pensioners more enthusiastic than the children! 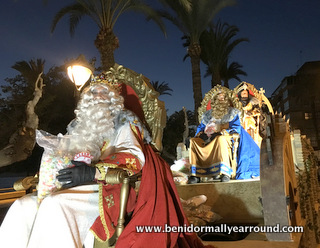 The last float carried the Kings, with the Three Wise Men, carrying gifts of gold, frankincense and myrrh in front. The parade finished at the town hall square, where the gifts were left for the baby Jesus at the nativity scene. The children all then rushed to get home and to bed – for when they wake up in the morning they will have been left a gift – or a bag of ‘carbon’ (coal) if they have been naughty! 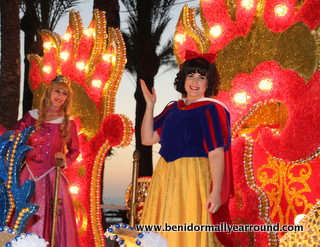 Most families will then tuck into a ‘roscon’ – a large donut shaped sweet pastry with a small porcelain figure hidden inside. Much like a Christmas pudding, whoever finds the hidden surprise in their portion will be blessed with good luck for the year ahead. 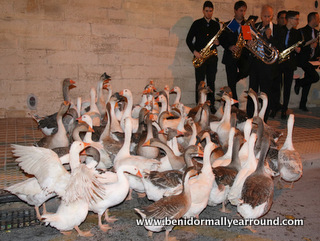 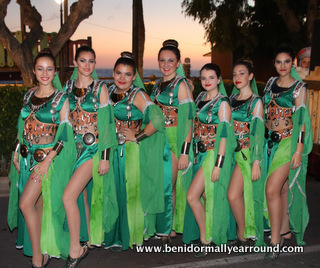 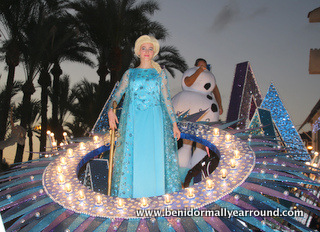 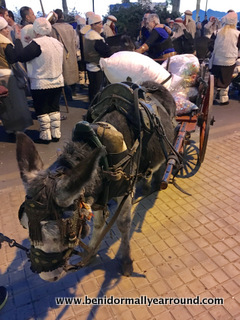 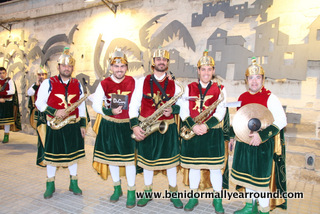 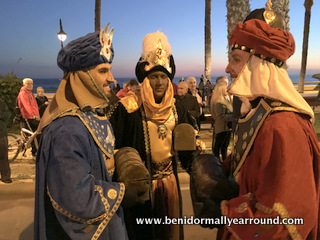 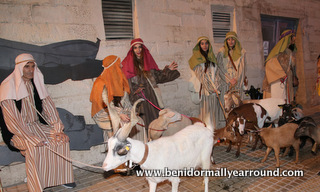