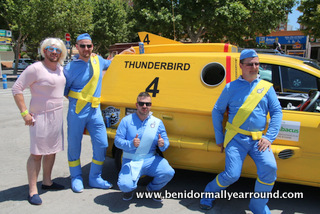 The three day ‘Benidorm or Bust’ charity car rally, which started in Blackpool arrived in Benidorm this afternoon, parking up at the site of the outdoor market and incredibly only one died on-route. A few more had ‘technical issues’ but one of the two support vehicles accompanying the vehicles managed to fix these, allowing them to continue their journey. 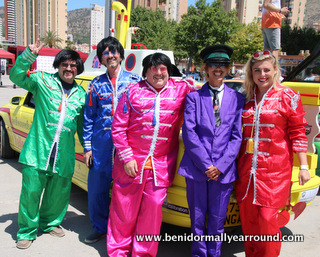 156 customised cars took part in this incredible challenge – the eighth successive year that the event has taken place and the brainchild of Steve T from West Yorkshire. He spent months organizing and planning the route – which changes every year otherwise the regulars would get bored and know exactly where they are to head. 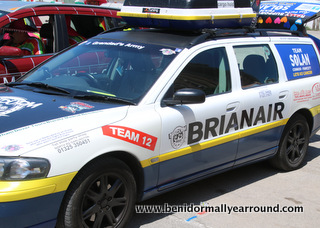 It is almost like a car treasure hunt - there were fun challenges en route, with clues and riddles to find destinations, which collected points along the way. Virtually every participant was doing it for charity – some for big national ones such as Cancer Research UK, Alzheimer’s and Macmillan. 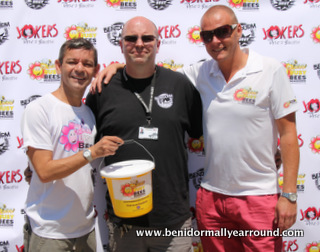 But in addition numerous local causes and hospices also benefitted and at a guesstimate, Steve thinks around £150,000 has been raised! Each team also donated items to a local charity here – Busy Bees Benidorm and Wayne and Des were there to collect the generous gifts, which support a children and battered women’s refuge. 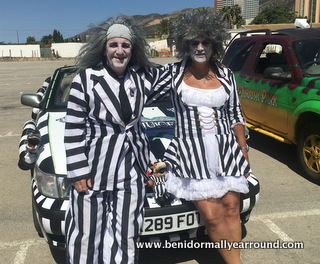 Every year it gets bigger and better and the teams taking part had nothing but praise for Steve and the excellent job he had done. Every single car that took part had a valid MOT and road tax as well as special car rally insurance and all had to carry paperwork to prove that the vehicles were road worthy and legal. 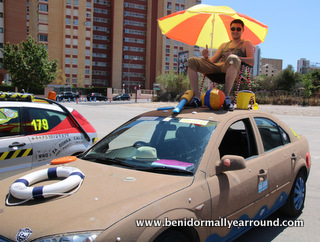 Many are not being driven back to the UK and so ‘Bradley Breakers’ were there to arrange the proper handover of paperwork to scrap the cars – NONE are left abandoned on the streets.Each owner will be sent a proper certificate that the vehicle has been disposed of and DVLA notified in the correct manner. 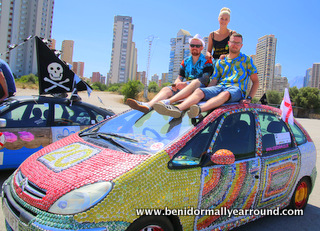 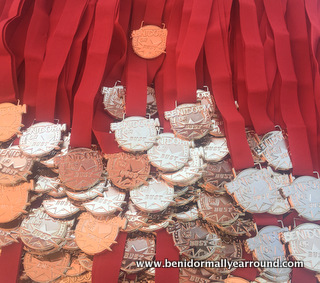 Each team received a medal and certificate for taking part and completing the challenge and later in the day there was a big presentation and party at Jokers, who have been very supportive to Steve and his team of the event. He is already planning next years event, which he said may be a 5 day one rather than 3, to allow for a more relaxed and interesting journey.