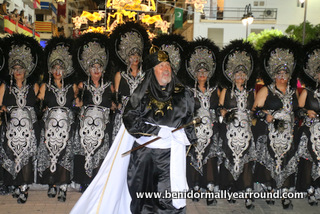 The spectacular annual Moors parade took place in Altea last night (Saturday 22) – with an array of stunning costumes and even more remarkable face painting. The entire parade lasted over 3 hours, one of the longest I have ever witnessed and it will all be repeated again on Monday evening (24 September), when it is the turn of the Christians. 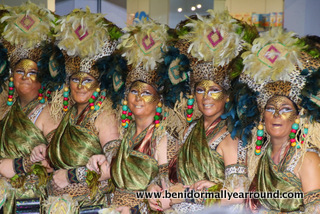 Surprisingly – well for Spain at least, it started on time, at 8pm and the main street was lined with spectators well before the official start time. It was a real family affair, with plenty of children and even a few babies taking part! Some of the costumes were incredible, with fabulous colours, embellishments and matching headgear. 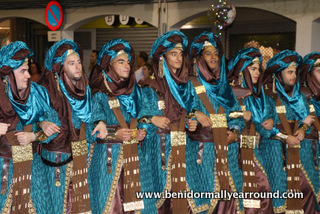 Most of the costumes come from a supplier in Alcoy – around 100km inland from Altea, which is where the biggest Moors and Christians parade takes place. They are hired out for the event and can easily cost over €100 for the day depending on the intricacy and accessories but this covers delivery, collection and cleaning of the garments. 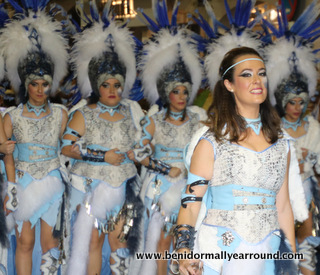 Many of the costumes had long trains and feathers, which would all need specialists cleaning so the seemingly high cost is understandable. The penya’s organize lots of fundraising events throughout the year to raise funds to go towards the costume hire but inevitably, each participant has to add to that too. 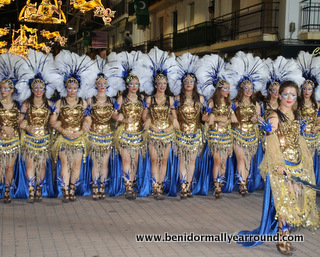 There were many dance troupes, a band following each group so very atmospheric (and noisy), floats – the lucky ones pulled by a tractor whereas others were pushed manually and an awful lot of camels throughout. If you can’t make Monday’s second parade in Altea then next Saturday, September 29 Benidorm will be holding their Moors & Christians parade, which all takes place on the same night. 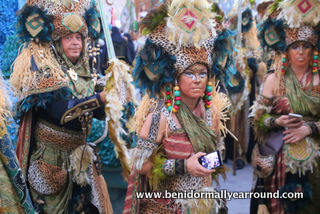 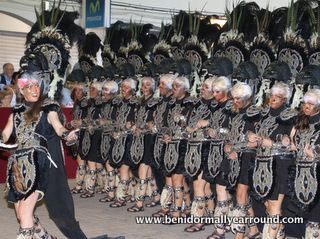 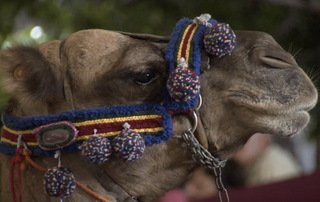 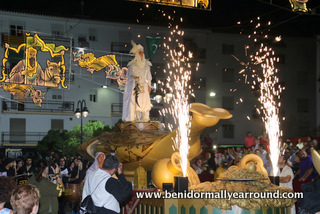 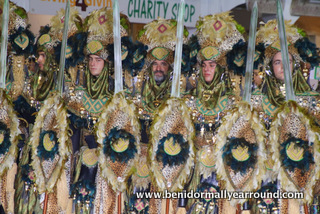 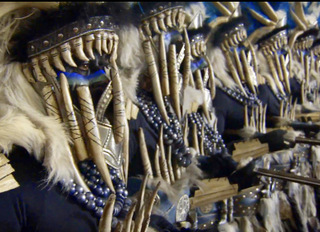 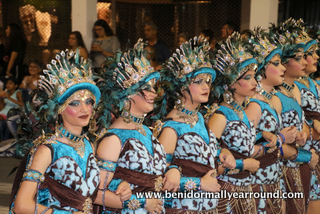 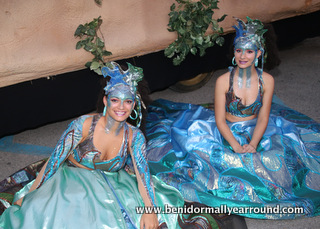 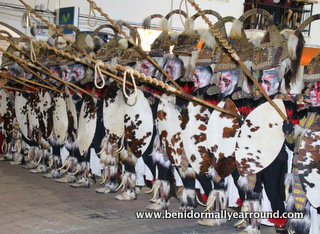