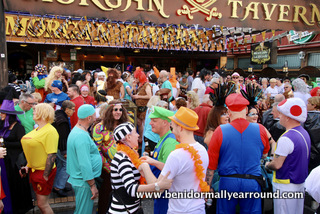 Today was British Fancy Dress Day in Benidorm – which always takes place the day after the end of the Benidorm fiestas. Things didn’t look too good this morning as the heavens opened under dark grey skies, but fortunately, by midday it had cleared and there was even a little bit of sun poking through in between the clouds. 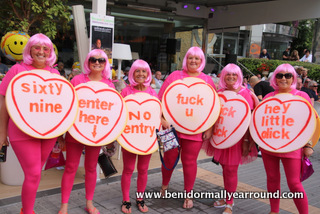 Revellers started to appear on Calle Gerona soon after midday, which had been closed off to traffic to allow the anticipated crowds to roam freely. However, in comparison to previous years it was much quieter and my estimates, having covered it many times is that it was around half the turnout. 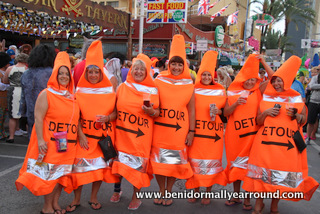 Why – the weather this morning probably didn’t help but it wouldn’t have put those off that had flown over specifically for it with their costumes. They would’ve come out regardless which leaves me to the conclusion that with escalating airfares and hotel prices, many have decided it is just too costly. 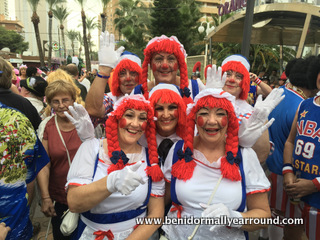 The Town Hall cancelled the float parade because of the morning rain, which would have annoyed the bars and hotels who had paid out for the vehicles and extra staff to come in – leaving many disappointed. I’m certain that the council wouldn’t dream of cancelling any fireworks for fear of upsetting the locals if it was a Spanish fiesta. 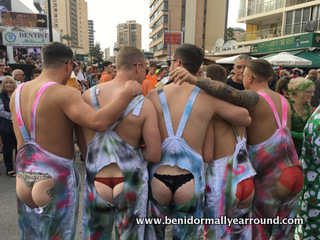 As it turned out, the rain stayed off until after 4pm, so would have been ample time for one to have taken place. There was certainly an interesting array of costumes, with everyone enjoying the party atmosphere and although police were in the background keeping a watch, they seemed to have a quite afternoon with no sign of any trouble… but it’s not as if there normally is anyway. 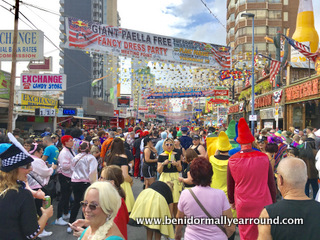 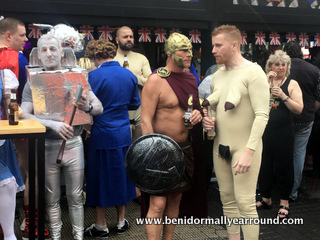 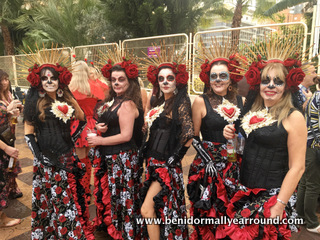 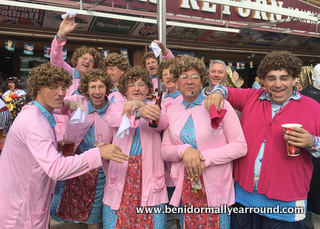 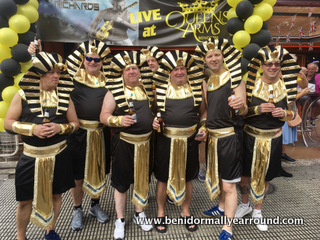 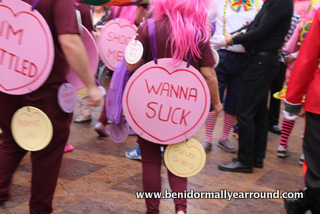 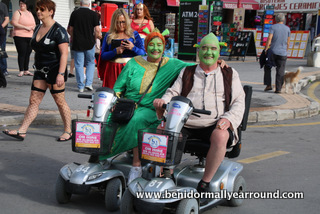 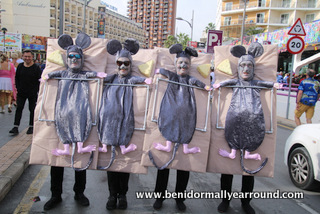 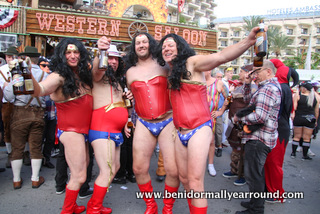 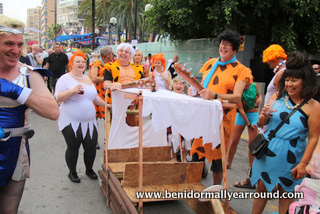 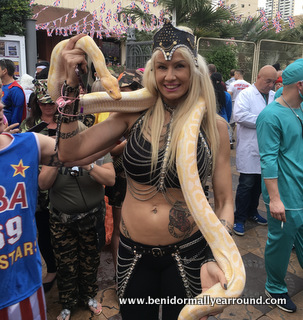 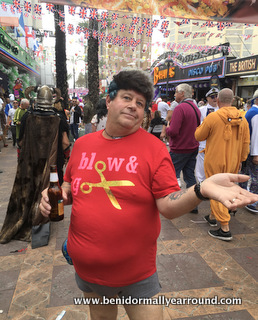 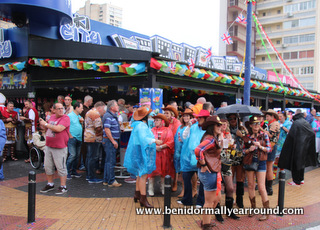