Elvis is in Benidorm! 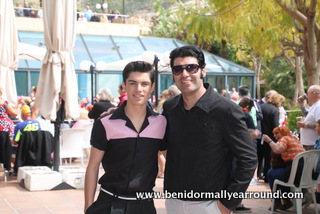 For the ninth successive year, the 3 Day Elvis Fest has descended upon Benidorm attracting hundreds of fans to the resort, many who have taken great effort to dress up for the occasion. The Melia Hotel is the epicentre, where a great poolside show featuring many of the Elvis Tribute Artistes (ETA’s) took place this afternoon. 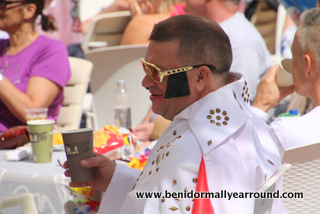 Hotel guests had a fantastic afternoon, listening to some incredible live entertainment – a real bonus for them. The weather has been a little bit of a mixed bag, with a breeze mixed together with outbreaks of sun but thankfully the rain kept away. There are also shows featuring world class ETA’s taking place at two other venues - The Rock & Roll House and Showboat however, these are for ticket holders only. 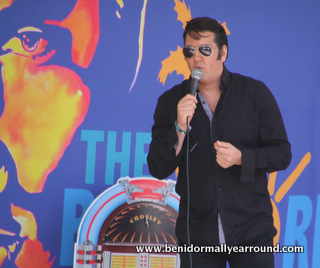 For the first time, Australian ETA Mark Anthony is taking part, fresh from another Elvis convention in Nashville that took place only last week and just before that he was in Georgia, Atlanta – he’s certainly covering a lot of airmiles! Mark has been an ETA for around 15 years, having been an Elvis fan from around 4 years of age and it’s his first time ever here in Benidorm. 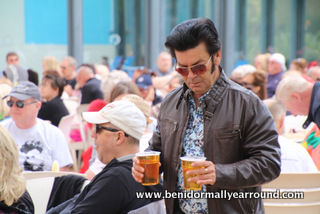 He was introduced to The King by his older brother and eldest cousin, who were both die-hard Elvis fans. During his early years performed in cover bands, played the drums and also did some jazz singing in and around Sydney. A carpenter by trade, one day he decided he wanted to do something that he’d never get sick of and decided it could only be one thing -Elvis and so started his new career which he now travels the world doing it. 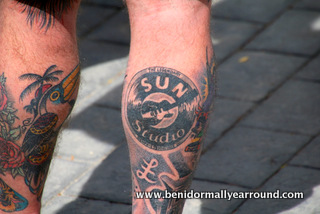 Like many Elvis fans and ETA's, e does an annual pilgrimage to Gracelands ever August on the anniversary of his death, spending an entire week there – it’s a great time of the year to be there. His all time favourite Elvis song is “ If I could Dream” – which was the closing song written for Elvis to sing in the 1968 Comeback Special as it was dubbed by his fans. 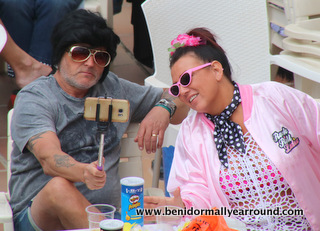 It was the first time he came back to perform live on stage after a long 8 year break and the song was specially written to close the show, still resonating about the world today if you listen to the lyrics Mark says. Elvis has had 100’s of hits and each time he performs it is a combination of those. 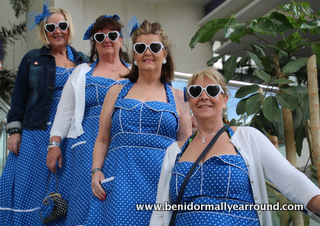 If its like here in Benidorm with die-hard fans they love to hear some of the more obscure songs seldom heard, but if its somewhere were there aren’t such fans then they always like to hear the popular classics such as Suspicious Mind, In the Ghetto, Blue Suede Shoes which often then leaves them wanting more. 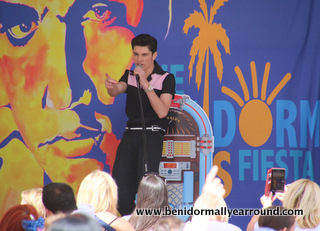 He is really looking forward to tomorrow night’s closing show at Benidorm Palace, were all the Elvis ETA's will be performing and afterwards is taking an extra day off to explore, venturing up the Guadalest and the surrounding area before taking back to the skies on Tuesday. 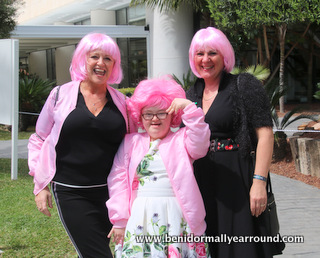 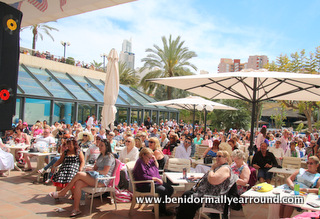 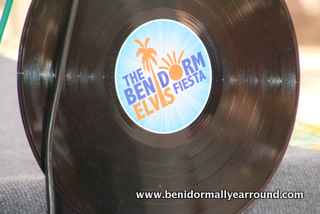 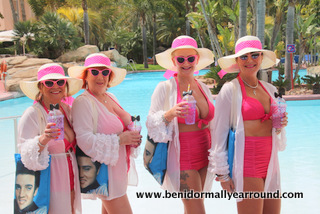 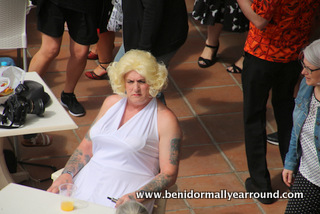 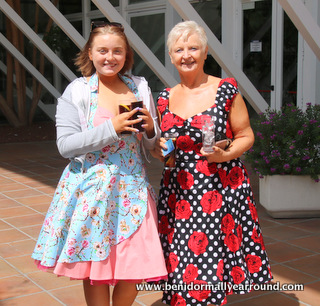