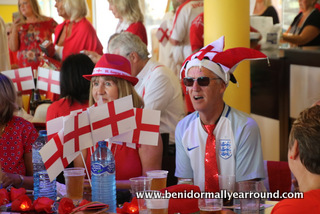 British expats certainly showed how to celebrate St George’s Day in style today, with around 800 turning out at Camping Almafra on the Alfaz/Benidorm border to party as only the British know how. The majority turned out in red and white and there were many English flags proudly being waved throughout the afternoon…. a sight sadly not seen very often back home. 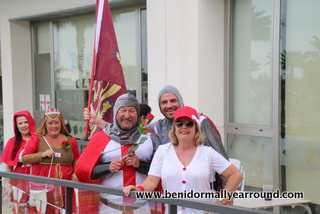 A number even came in fancy dress or had their faces painted to add to the carnival like atmosphere then when ‘Land of Hope & Glory’ was sung it really bought out the patriot in everyone – a very rousing moment. 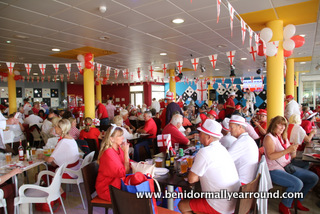 What started as a small event back in 2014 has now grown into a spectacular celebration attended by hundreds, taking many months of hard work, preparation and forward planning. There was an amazing line up of Benidorm entertainers who came to sing for the masses – all of them going down a storm. 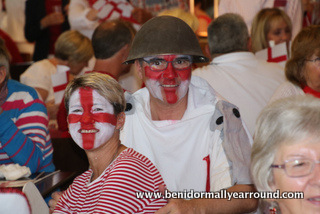 But I must say it was somewhat disappointing that hardly any of the bars or clubs in Benidorm paid much attention – unlike St Patrick’s Day in March when green bunting goes up everywhere! It is certainly a lost business opportunity for the bars I think... 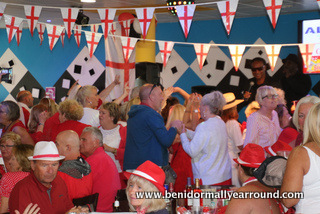 Money raised from the afternoon will be going towards the local food bank and a number of local charities and good causes, so all in all a fantastic day all in the name of helping those less fortunate. A superbly organised day, with much of the hard work done by Sue and Nick Rush and thankfully it was sunny for most of it - unlike the weekend, with just a slight shower in the late afternoon. 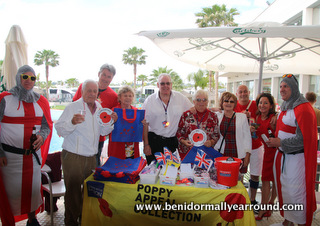 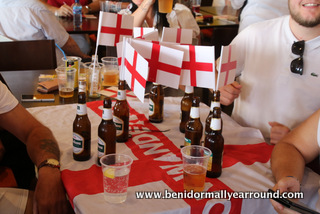 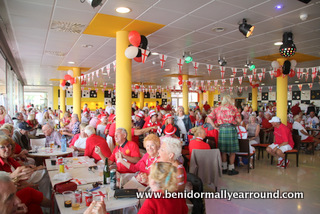 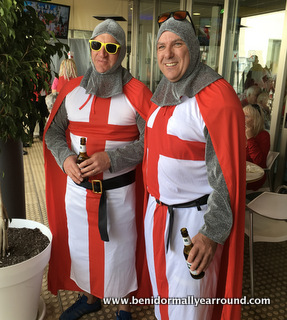 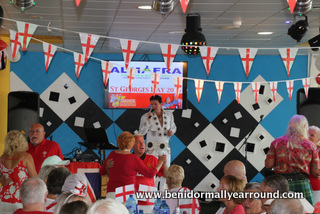 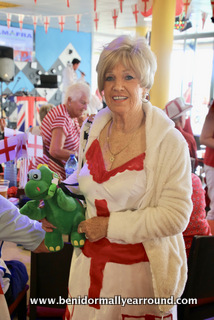 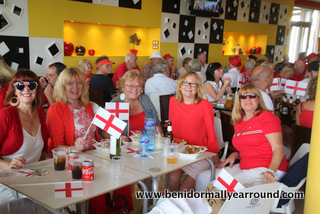