The spectacular Benidorm or Bust 'The Great Escape' car rally arrived in Benidorm yesterday (Saturday) afternoon for the ninth successive year, with 138 customised vehicles leaving various parts of the UK last week for the epic journey. 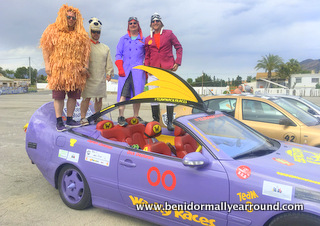 Tuesday night was spent in Dover, Wednesday night in Orléans, Thursday in Toulouse and Friday in Salou. Unfortunately, five had to bow out on the way but the remainder made a noisy entrance into Benidorm to the delight of onlookers, eagerly awaiting their arrival. 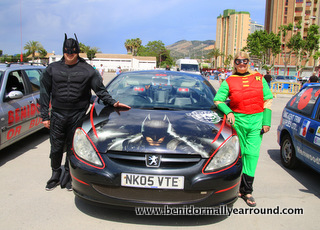 Many were themed and easily recognisable, with the teams also dressing up. This annual event is organised by Yorkshireman Steve and next years will be extra special as he is going to attempt to break the Guinness World Record for biggest parade lap of dressed up vehicles – which is current 123 cars in America! 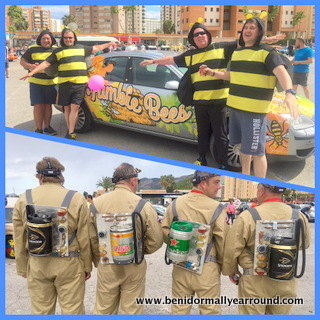 There were fun challenges along the way – with the chance of winning a share of the £1,000 challenge prize pot, with points and even bonus ones awarded for successful ones. One was to take a team picture in a planking pose and uploading it - there were some great ones in truly unusual locations. Every team member that made it to Benidorm was awarded a medal from Steve at the presentation ceremony. 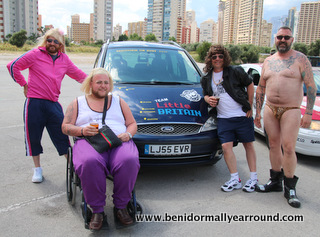 In addition, there were awards for best costumes and best car – which were voted for by the participating teams and a chance to win big cash prizes, so a real incentive. The organising committee chose the winner for Spirit of the Event, which was won by Say What You See.

All the teams were being sponsored to raise money for local charities and causes close to their hearts, doing a phenomenal job whilst having fun. 3 Mini's came in convoy as 'The Benidorm Job' ! 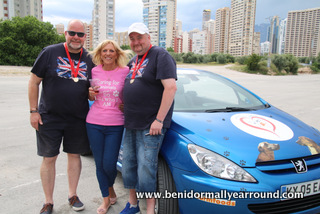 But 2 gentlemen, Nigel Brandon and David Buckley from Lancaster as well as collecting for North West Air Ambulance, raising £800 which was doubled by Farmfoods donated the car they drove in to local lady Linda Jean who runs For the Love of Dogs & Cats, a Benidorm based rescue charity. 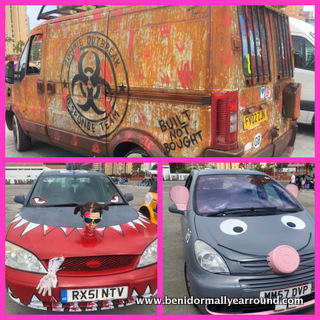 Linda has been featured on Bargain Loving Brits in the Sun which helped to publicise her plight and both Nigel and David have adopted dogs from Linda.

She was left speechless by their enormously generous gesture and for those that live here, you will be able to spot her coming now with the customised bodywork. 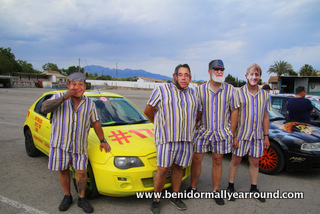 Many will be spending a few days here, relaxing and hopefully enjoying the sun and atmosphere that Benidorm has to offer. Bradley Breakers were there to greet the convoy and to arrange the proper and legal paperwork for those that wanted to scrap their vehicles rather than drive back in them. 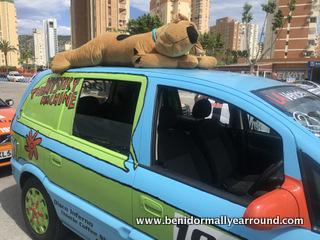 None are left abandoned on the streets and each owner is sent the certificate and DVLA are notified. Many teams are alreday promising to return again next year and Steve has also begun the route, which changes each year to avoid unfair advantage. Want to be part of the fun - then get in touch. 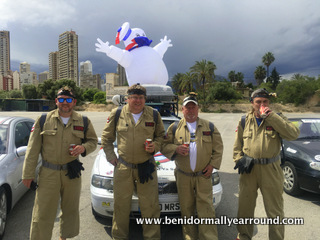 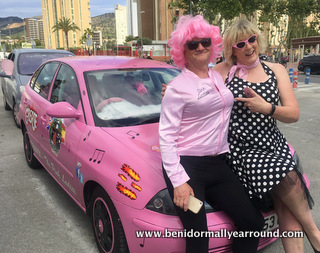 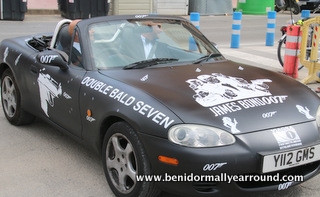 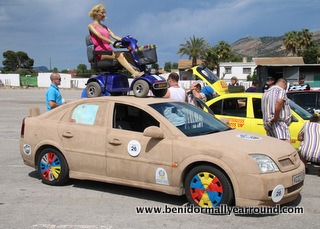 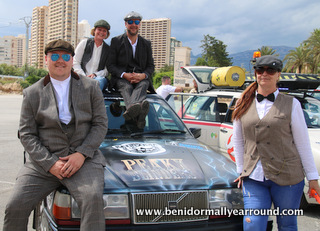