Behind the scenes of 'AQUA' 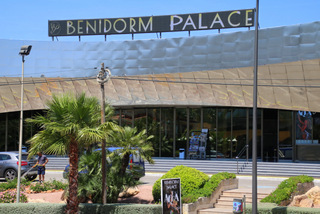 The iconic Benidorm Palace is usually on most visitors ‘To Do’ list and even the locals go on a regular basis, especially when they have visitors. It’s a magnificent show incorporating a troupe of dancers of many nationalities with the most amazing costumes you are ever likely to see. 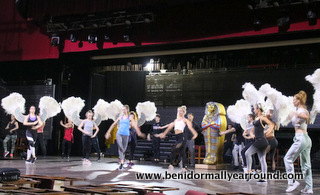 There are also additional acts on in between the numbers and the show changes every year. The new one is called ‘AQUA” which premiered this week after weeks of rehearsals and once again steering at the helm is David Moore, Director and creator of this extravaganza.

It is the first of a four-part cycle to cover the elements, so to follow over the next three years will be Fire, Earth and Air! In keeping with the water theme there are some stunning and unique innovations, with a digital electronic water curtain in the background, spelling words in addition to 8 mobile high definition screens introducing a lot more technology into the show this year. 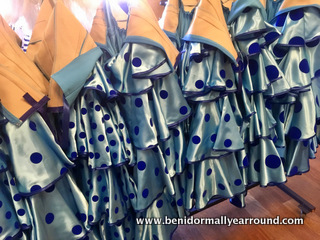 All the numbers are linked to water – certainly a challenge with the flamenco numbers, which do not automatically relate to water. The show starts on a big cruise ship, going into the water to sail away and will stop off at various places. The first port of call and most obvious is right here - Benidorm port which will feature Benidorm’s beautiful old town and the beach, going under the sea with mermaids covering the Spanish segment. 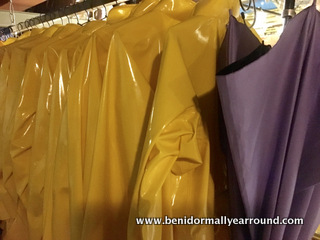 There are iconic water songs and tunes such as Purple Rain by Prince which is a modern flamenco number, New York Central Park will obviously feature ‘Singing in the Rain’ – which explains the yellow macs, wellies and umbrellas which I spotted when walking through the costume department! 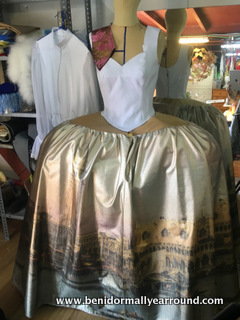 They then sail to the Grand Canal in Venice, stopping at the Rialto Bridge and obviously when in Venice it’s Carnival time which as it’s a water theme, they will be arriving on Gondolas! The dresses for this section all feature stunning prints of iconic Venetian architecture which I saw being constructed. The journey then heads to Egypt, going down the Nile and ends up at the Pyramids, which is where I caught them rehearsing the ’Walk Like an Egyptian” number with an Egyptian mummy on stage! 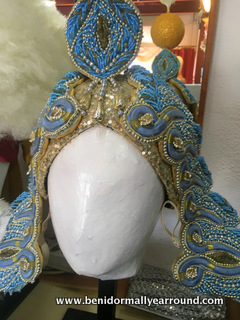 The predominant colours are white and blue, but they obviously introduce colours throughout. One piece of music which is featured in the classical segment is ‘Poeta en el Puerto’ by Vicente Amigo, a stunning and mesmerising piece. Backstage, the costume department is a hive of activity, with a team of 8 working in shifts to create the stunning creations of which there are 386 different ones in this production! Each has their own speciality, Larissa for example only makes jewellery and headdresses whereas Carmen will only sew. 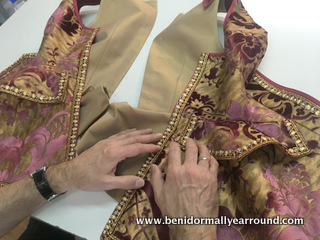 Each is made to measure to the dancer of which there are 32 – a mix of Spanish, English, French, Norwegian, Ukrainian and Russian plus an additional 18 which make up the acts in between. This year there’s a silk number performed by classical dancers Leticia and Artur, who have been performing together for 18 years! 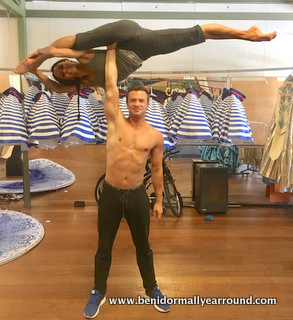 The couple met at the French National Academy in Paris and their strength - as you can see, is astonishing. There is also a BMX biker, a comedian - who is the ships photographer and no show would be complete without David Climent performing his astonishing illusions. As always, it is a truly professional and visually spectacular performance that will leave you in awe… and no trip to Benidorm is complete without a night out there. Come back soon for a full review and stunning pictures of the show in full swing.