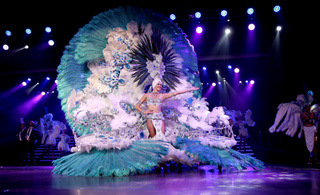 Benidorm Palace has once again surpassed itself with their new show ‘Aqua’ - which doesn’t need much translating as it is probably the one word that everyone knows. Each year they produce a new jaw dropping show and you can't believe that it can be topped, but somehow, they do! 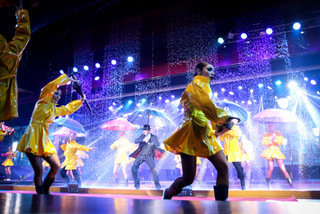 Quite how they manage to get water cascading down onto the stage without getting the audience soaked in the process is a feat in itself and done in a truly spectacular manner - the imagination is mind blowing and my goodness, so dramatic like nothing ever seen before. 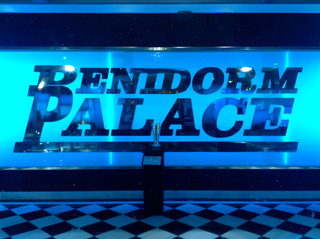 Make a real night of it and have the full package – meal plus show, which is incredible value. A delicious four course meal with wine, water plus cava and well over 2 hours of entertainment for only €54 is amazing value – you can upgrade for the beef fillet which is €64 and the service and attentiveness of the waiters at the Palace is superb.

Doors open at 8pm and the show begins at around 10:15pm, giving you enough time to enjoy your meal without being rushed. 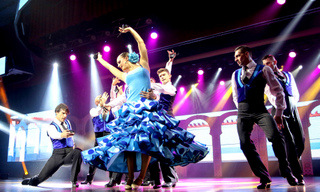 As the lights dim a hush falls and the anticipation begins with a curtain of water falling down. The troupe of dancers switch seamlessly from one number to another with some stunning and original costumes – with the real pièce de résistance, Miss Aqua in the finale in an absolute masterpiece and most definitely the grandest outfit ever designed for a show there. 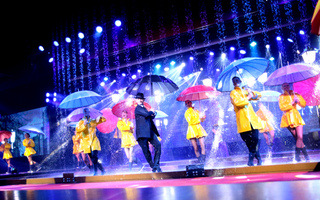 All the numbers are water related, with Gene Kelly’s Singing in the Rain bringing the cast out into the audience and performing in the aisles in their yellow rain macs, wellies and umbrellas. The support acts are incorporated into the shows main theme seamlessly, transitioning without big breaks. 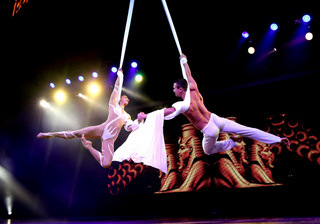 There are some fantastic new performers – a BMX marvel, leaping and performing dare devil jumps, classically trained dancers Leticia and Artur replace the strong men but my goodness, if you think it’s all about ballet then you’ll be wowed with their jaw dropping and at times hold your breath lifts and the lady in the bath… WOW, suspended from the air and executing some spectacular twists and spins. 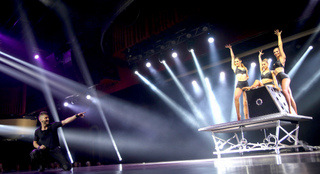 There is also an audience participation act, with the cruise ships resident photographer needing no language but delivering plenty of chuckles and laughter. David Climent goes from strength to strength with his illusions and without a doubt, worthy of his place in the Magic Circle. 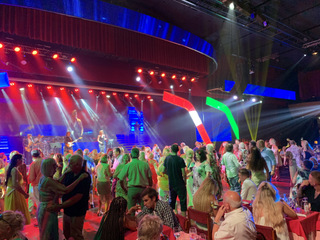 The audible sound of gasps from the audience speaks volumes, with heads shaking in bewilderment with a ‘how on earth did he do that’ expression. He left the audience wanting more which is always a good thing. There is a 30 minute break half way through and the resident band – New Bamboo play, quickly filling the dance floor for the entire duration. 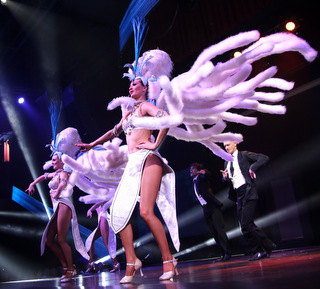 You will certainly come away at the end of the night totally spellbound and captivated after such a spectacular show – the elaborate costumes and most of all the magic they perform with the cascades of water even spelling out AQUA! Benidorm Palace is absolutely the jewel of the resort and without hesitation recommended to anyone and everyone for a first-class night out.