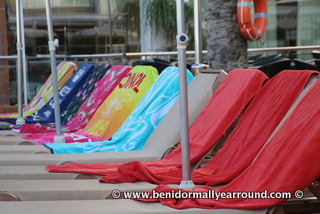 Summer is here and so is the annual competition between tourists to bag the best sunbathing spot! Many years ago, the Brits would ridicule the Germans in particular when on holiday over ‘towel gate’ – getting up at the crack of dawn to reserve their sun loungers with a towel around the hotel swimming pool. 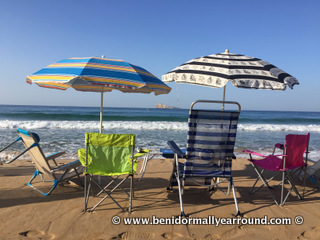 But it doesn’t just happen around the hotel pool… if you are ever up early then take a stroll down the Levante promenade and you’ll see the coveted front line already lined with chairs and parasols, with hardly any occupants to be seen! What ungodly hour do these people get up to walk down with all their gear? 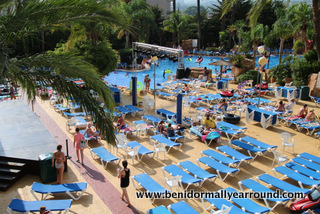 However, now it is not an exclusive ritual reserved just for the Germanic nation – everyone is at it, including the Spanish! Video clips posted on social media show the scrum at some hotel pools during the summer holidays which at best are comical. 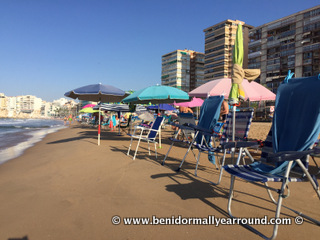 Security guards have to be on standby as some guests get into physical altercations trying to nab the best space by the poolside. Certain hotels even chain up the stacks of sunbeds and do not unlock them until a certain time, in an attempt to stop guests reserving them before breakfast but it doesn’t seem to stop queues forming, chomping at the bit to be the first out of the starting blocks and actually sprinting in the mad dash. 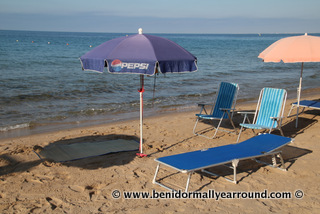 However, what really irritates people is those that reserve their place with a towel in the morning but disappear and not even show up until the afternoon. Is there an etiquette regarding beach towels on sunbeds? Some say remove the towel if no-one appears after say an hour and hand it into reception.

A number of hotels even have a monitor that does this. Is it ever acceptable to reserve your spot or should you only get a bed/chair when you actually come to use it?