Crissy Rock - Back in Benidorm 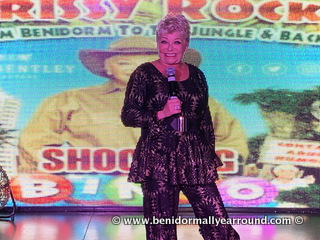 One of Liverpool’s funniest exports has to be Crissy Rock and she’s back in Benidorm, accompanied by husband Julian to what she considers her second home. Crissy came here on holiday nearly 20 years ago and the very first venue that she performed in was Valentines – almost by accident. 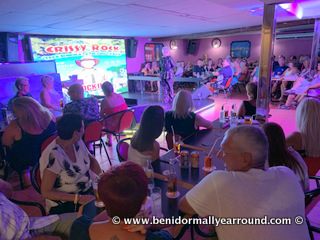 She popped in and got talking to the owner, mentioning that she was a comedienne and offered to do 3 nights for free. Laughing he agreed – but it was Crissy that was left laughing as she packed the place out and by the second night had been offered a job! It is a place she holds dear and one to which she has returned, performing every evening at 10pm until mid-September! 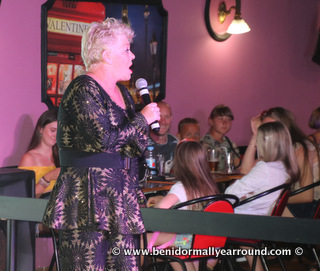 She popped back to Liverpool for a day to take part in the Liverpool Comedy Festival featuring top comedians from around the UK alongside some home-grown Scouse talent, but apart from that is on every evening. She packs the crowds leaving everyone in stitches and although advertised as ‘adult humour’ there are plenty of younger ones in with their parents and grandparents. For those that do go and see her, you will realise how incredibly thoughtful of others she is when it comes to the bucket. 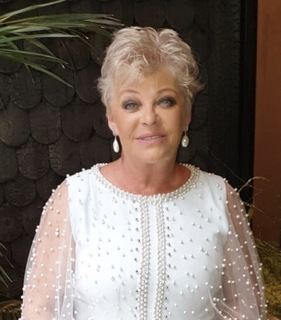 When Crissy began her career in comedy it was based up in the North around Liverpool and Manchester, so not many outside of that area knew of her. However, once she started performing in Benidorm it opened up the audience to those from the Midlands, South, Wales, Scotland and other parts of the UK. Many bar and club managers heard her then wanted Crissy to perform in their venues back in the UK – so in essence, Benidorm helped her spread her wings. She comes back to Benidorm for the holidaymakers – they were her family whilst she was working here all those years ago and she’s not forgotten that. 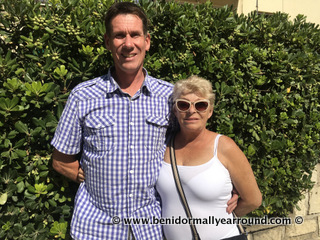 Mind you, its pretty amazing that she is here as only around a month ago she was in hospital with a peritonsillar abscess (Quinsy) a rare and potentially life-threatening condition. She went to hospital as she couldn’t swallow some water - due of the obstruction and was told by the doctor that had she gone to sleep that night she would most probably have suffocated!

Thankfully she has made a full recovery and was only in hospital overnight. However, because of her popularity she has been targeted by scammers, who set up a fake booking agency – basically identity theft and took bookings from a number of venues, including payment for Crissy to perform. The police are now involved but she is extremely upset that money has been paid out by innocent people thinking they were booking her to appear. 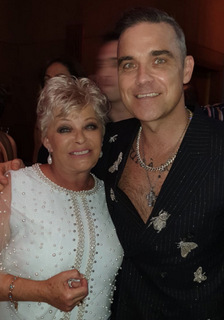 Just the day before flying over she was rubbing shoulders with fellow stars and celebrities at the ITV Summer Party which was held at the NOBU Hotel in Shoreditch London. Among the many she met were Eamonn Holmes, Ross Kemp, Keith Lemon, The Chasers, Warwick Davies, Lorraine but was left feeling particularly excited to have met Robbie Williams!
Whilst here Crissy will continue with her writing – a secret passion of hers. After her stint on I’m a Celebrity back in 2011 she will be back on our screens this Autumn, on Channel 5 in another reality show ‘Celebrities on the Farm’ where those taking part have to complete farming challenges. That certainly sounds worth watching from what I’ve heard… She also took part in ITV’s The All New Monty back in May to raise awareness of cancer, a disease she has overcome herself.

In October she is touring with ‘Right Place, Wrong Time’ a smash hit comedy play she wrote together with Leah Bell – opening night is on Wednesday 2 at the Theatre Royal, St Helens alongside Tommy Cannon, Billy Pearce, Paul Dunn and Leah. The show has already played to packed audiences around the country since 2016 and by popular demand back again. 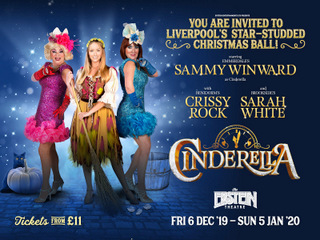 Come December it’s panto time and Crissy will be one of the Ugly Sisters in Cinderella. She will be performing at the Liverpool Epstein Theatre, starting on December 6 until January 5. Rehearsals begin November and are full on, all day – great fun and hard work but she adores it. She is certainly a very busy lady, so if you don’t get to see Crissy here in Benidorm there are ample more opportunities later this year back in the UK.