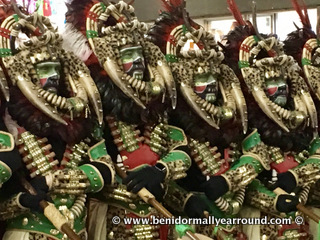 The colourful Moors & Christians parade took place in Benidorm on Saturday evening – following in the footsteps of Altea, which took place two week ago.

Residents and holidaymakers lined the entire route – standing shoulder to shoulder, vying for a good spot to watch from. 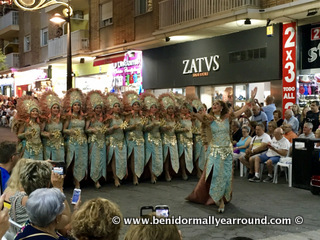 There were plastic chairs which were all occupied until the ticket inspectors came and many suddenly vacated them when they realised that they had to pay - €5 each. The procession started at the top of Calle Ruzafa and wound its way down the Calle Gambo, finishing at the Plaza Hispanidad. 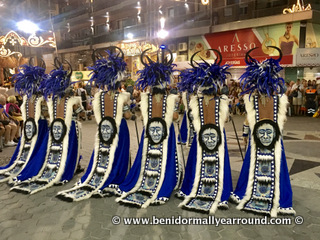 The weather was very mild, in fact positively warm even at 10pm, so it was very pleasant to watch. Unusually, it is incredibly warm here at the moment, with daytime temperatures still in the late 20's - the norm is probably more like 20-22 so for those here on holiday you've an extra bonus! 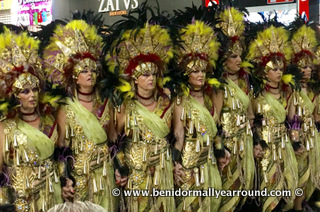 Behind each of the ‘filas’ – lines of ladies and gents in their magnificent costumes, a band followed and there were also floats interspersed plus a few horses – with the compulsory ‘scooper upper’ following with a shovel and broom. 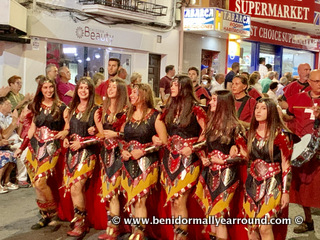 My one criticism is that there were very long gaps in between, leaving people wondering if it had finished and somewhat bored – maybe they could speed it up next year! Once the parade had finished the bars and restaurants quickly filled up for what would have been a very late night. 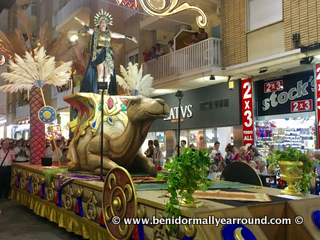 The next big event here are the Benidorm fiestas, which begin on Saturday, November 9 and finish with a spectacular firework display on Wednesday 13. Then the following day – Thursday 14 it’s the British Fancy Dress Day when Calle Gerona and the square will be gridlocked. 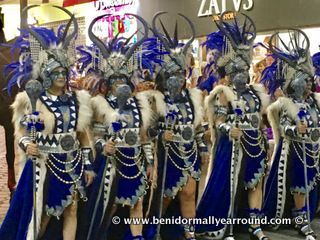 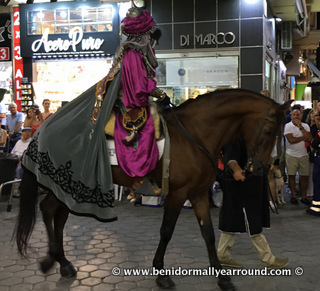 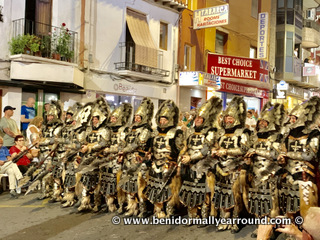 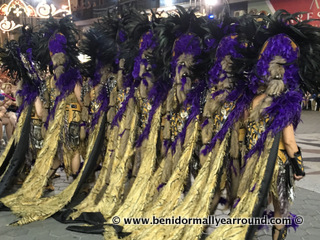 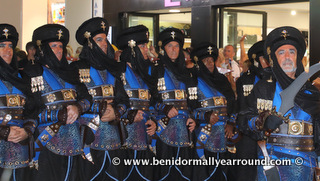 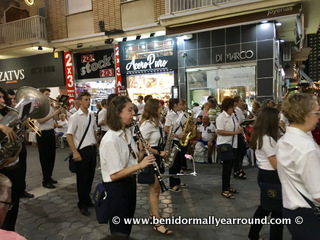 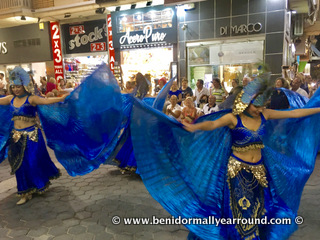