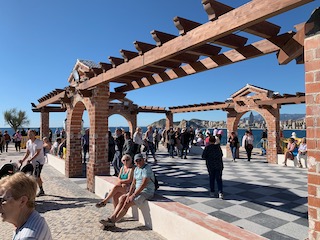 As promised, the Mirador at the top of the Old Town re-opened today in time for the town’s annual fiesta celebrations. Although not completely finished people were allowed up to see the works that had been done following the closure back June, right at the beginning of the summer season causing much controversy. 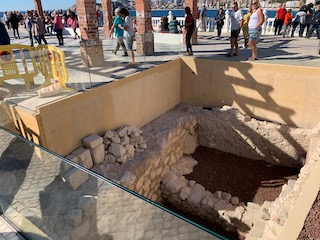 The excavation has unearthed some important ruins, which have been left intact and surrounded by glass and railing so that everyone can view them. I am sure that once all the works are completed – the structure still needs rendering and painting, then information panels will be placed explaining what each excavation unearthed is. 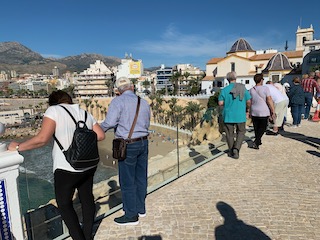 Parts of the old white balustrade have also been replaced in places, with glass panels. It will most probably be closed off to the public once the fiestas have finished to allow the last lot of works to be completed. Chequered tiles have been used inside the structure and small cobbles around the rest of the Mirador. 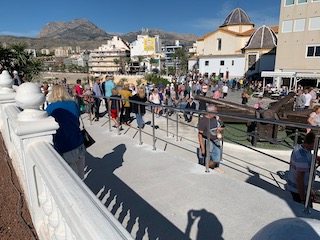 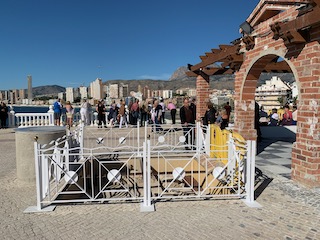 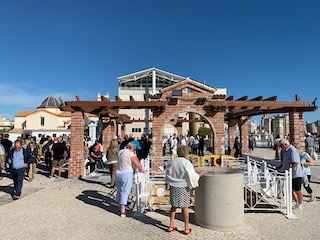 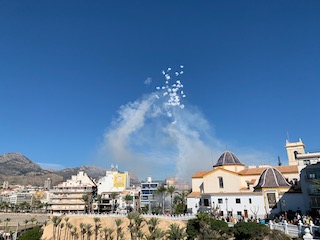 Following a mass at the San Jaime church, midday fireworks were let off from the little square behind followed by a procession of all the fiesta bands all the way to the Town Hall square. There are events on every day, plus music concerts most nights and the famous yet thrilling Correfocs – a moving firework display in the early hours of Monday morning, starting at the Town Hall square.

On the last day – Wednesday, there’s a float parade, starting at Dove Park then once that has finished, a spectacular fire work display, lit from the Poniente Beach at approximately 9pm.