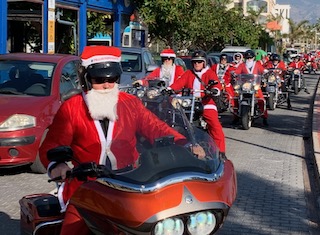 A group of 28 Santa bikers – members of the Free Spirits HD Harley Davidson enthusiast club set off from Javea at 10.30am this morning and roared into Albir just after 12 noon on what was a beautifully sunny bank holiday Sunday here, to a large crowd eagerly awaiting their arrival. 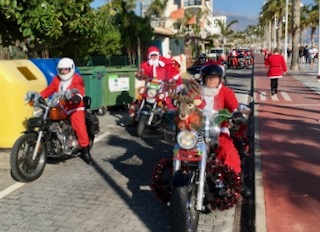 It was hard to tell who was more excited – the children seeing so many red clad Santas or the men, eyeing up the gleaming Harley bikes, but it certainly put a smile on everyone’s faces! The Santa run is a regular December event for the club and saw all the riders dressed up – with many of the bikes decorated too! 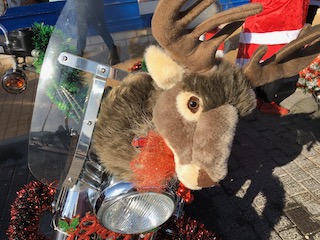 Each year they choose a charity to support, walking around with a bucket at each pitstop… and this year they were collecting SCAN – Society for the Care of Animal in Need which is based in El Verger. One of the bikers even had a cuddly reindeer strpped to the front of his bike causing squeals of laughter from passers-by. 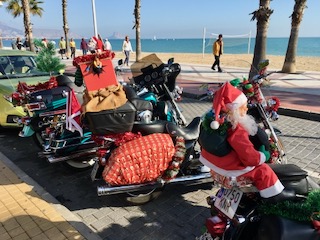 Group Director Barry Haylor headed the convoy, having done a recce a few weeks before. Last year on their arrival into Benidorm he caught his foot on a bollard, bending it completely back and snapping it. He carried on regardless, thinking that at most he’s just sprained it – but a visit to the hospital as the pain escalated showed otherwise and he was out of action for some time and now has a 5-inch plate. 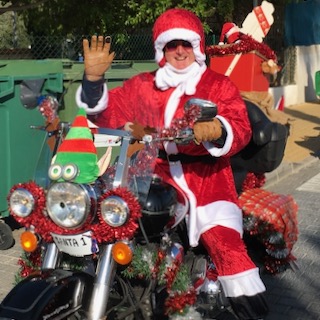 But it certainly hasn’t stopped him getting back on his beloved Harley bike and who could blame him. After Albir they headed off to Benidorm, cruising down the Levante prom then returning back to Calpe where they stopped for lunch to round off the day. If you would like more information about the Free Spirits HD check out their website at www.freespiritshd.club 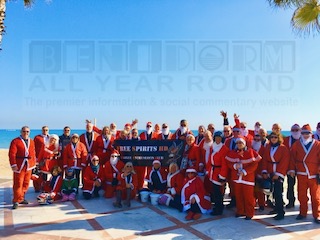 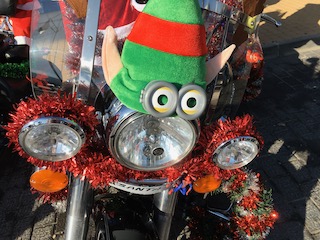 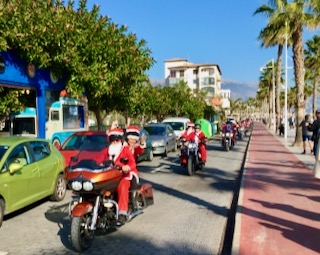