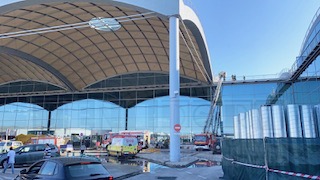 Airport firefighters, assisted by backup from Alicante and Elche were quickly scrambled to attend a fire at the airport terminal on Wednesday afternoon. The fire broke out shortly after 2pm, affecting a roof area of more than 1,200 square metres. 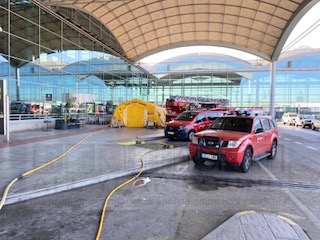 Due to the nature of the materials – rock wool, asphalt and other combustible components, firefighters remained at the scene throughout the night, with no no electrical power at the airport at that point and were still dousing down a ‘controlled fire’ on Thursday morning. 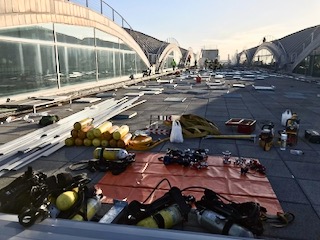 In total 60 firefighters were in attendance and smoke was still emitting from the area on Thursday afternoon. Due to uncertainly of weakening of the structure, it will be a slow and laborious process before investigators can access the area to begin a report. Undoubtedly it will take some time before any works can start... 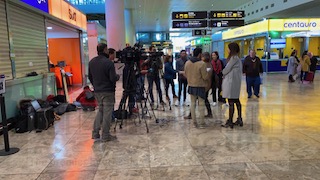 All incoming flights were diverted to either Murcia or Alicante and departures scheduled for this morning were also hastily re-routed, with passengers notified by email of the changes and given the option of cancelling and getting a refund. Spanish press were hastily all reporting live from the scene - this is the first time that such an incidence has taken place at Alicante airport. 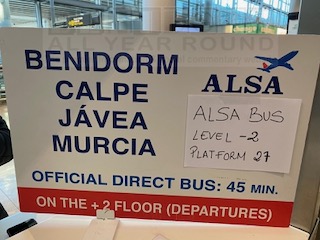 The main part of the airport affected is the departures area for non-Schengen flights with the new passport scanners ie All UK bound flights and will have to be relocated. ALSA buses all arrived and departed from level Minus 2, where all the shuttle transfer coaches park as the departures drop off zone was closed to all but emergency vehicles. 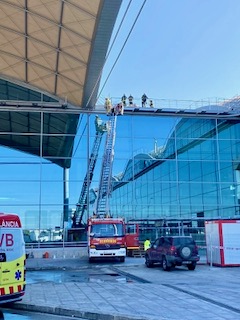 Some Ryanair passengers due to depart from Alicante yesterday were sent text messages and emails, informing them that they had to make their own way to Murcia airport. At lunchtime AENA announced that the airport would resume flights at 2pm but that some airlines would be using alternative airports due to logistics. This was because they had no access to their crew room or computers due to the damage caused by the fire and predominantly affected Ryanair, Vueling and Norwegian airlines.