Save My Life fundraiser at Benidorm Palace 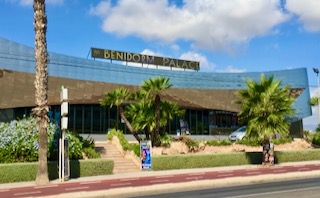 On Sunday, March 8 the fourth ‘Save My Life’ charity fundraiser will take place at the iconic Benidorm Palace. As in the previous years, the money raised will be used by Benidorm Dog Homing and Manos y Patas to help rehome abandoned dogs and cats. 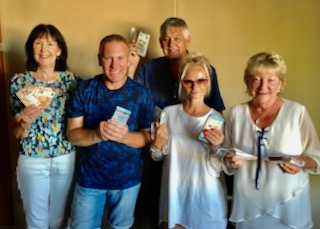 It is a lifeline for both, to help the hundreds of animals in their sadly sometimes not so temporary care have a second chance in life and last September raised an absolutely incredible €18,043.19 from Save My Life 3. Although a HUGE amount it sadly goes very quickly...

The event has once again been organised by Dona and David, who are both regular volunteers at the Benidorm dog pound and Palace owner Christine Climent, who has adopted a number of rescue dogs herself and generously offered the facilities free of charge. 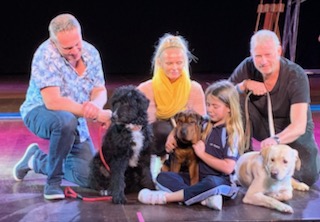 There is certainly no shortage of entertainers, only too keen to offer their talents totally free for this very worthy cause. Most were at the palace yesterday to drop off their playlists, in preparation of the big day, including a special appearance from Alma, Limon and Mila, 3 of the dogs currently being fostered from the pound. 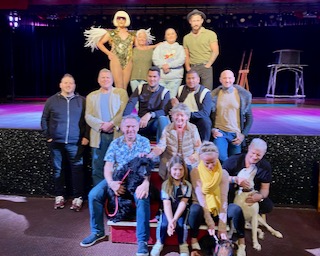 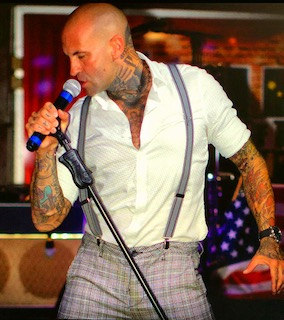 But one in particular really does deserve a special mention – Jamie Somers ‘The Bad Boy of Swing’ who performs as ‘The Greatest Showman’ here in Benidorm and will be the opening act. This is one gent were looks really do deceive…. a 6ft 2in heavily tattooed 15 stone skinhead Scousser who many would cross the road over to avoid! However, he is what you can only call a true gentleman with the biggest, kindest heart and a voice that will blow you away. 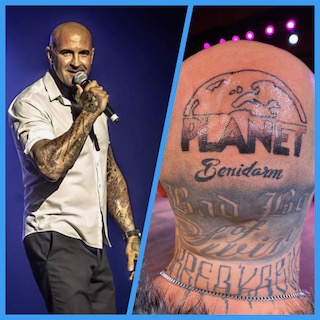 Back in his native Liverpool he supports 2 charities – Walking with Giants and Bowel Cancer UK so was keen to do something here in Benidorm too. Wanting to do something else for the fundraiser, he offered to have the logo of Planet Benidorm, a popular bar here tattooed onto the back of his head for which the owner, Ron Vincent pledged €750 to kick start the campaign...and now raised €1100 from other donations – he is hoping to hit the €2,000 mark before the show. 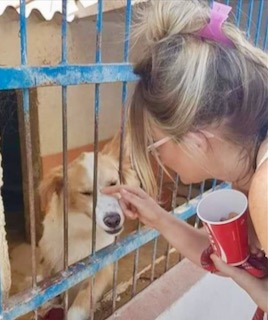 He would like to thank Lee Holman of VIP Tattoo here in Benidorm who did the inking for free which would normally cost a few hundred euros! It was done in two sittings and “quite painful”… Jamies wife Pepper, a hairstylist at the Organic Hair Room here is another regular volunteer at the dog pound so he was particularly keen to go that extra mile for the cause. He performs in Rockerfellas at 9pm, then from March will move to Zodiac performing his solo Greatest Showman, a combination of musicals, swing – ‘like a variety show within a show’.

He has been performing for 34 years, originally trained as a dancer and model and until 2000 was In the West End – Les Misérables, Spend Spend Spend, Guys & Dolls and the Royal Variety Show not once but twice! During those years he wasn’t allowed any body art, conforming to look a certain way, so as soon as he finished, knew he wanted his own image and to be different to everyone … he has certainly achieved that! 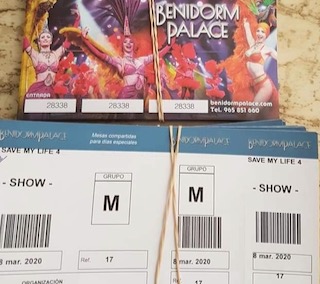 Many local businesses have come on board, donating an array of prizes for raffles and box prizes - which went down particularly well last year, for which the organisers are truly grateful. So make sure you come armed with plenty of money on the day! Doors open at 12 noon and food – chicken or fish & chips is available for €8 so you can make a full day of it.