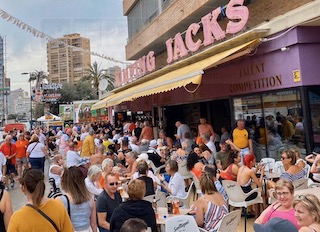 Spain and indeed Benidorm will be slowly coming out of hibernation following 7 weeks of strict lockdown. On the proviso that figures continue on a downward slope, from Monday May 11 bars and restaurants will be allowed to re-open their terrace areas. Seemingly a time to celebrate, however there is a big but… ONLY up to 30% of the capacity. 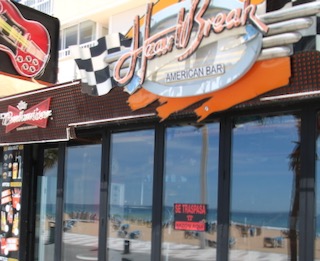 In protest 150 businesses in Benidorm, reliant on tourism have put up ´Se Traspasa´ (for rent) signs in their windows in protest at the government to show what could and will happen unless they get financial support. They rightly say that opening at 30% then 50% (June time) is damaging their livelihoods and they cannot survive. 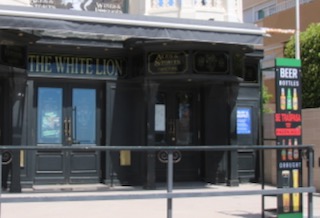 Amongst those are are Heartbreak and White Lion on the Levante promenade and many of the tapas bars along Tapas Alley. Some locals have been shocked thinking that they are indeed up for rent and already thrown in the towel... thankfully not! 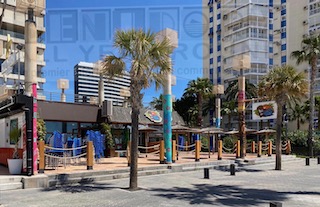 However, there are always ones that buck the trend, and what was ´Tiki Beach´ have actually just acquired the unit next door and extended, doubling in size and creating a very large terrace. Tiki is probably one of the most popular bars here in Benidorm, with a fabulous prime beachfront location, it attracts stag & hen groups in the hundreds. 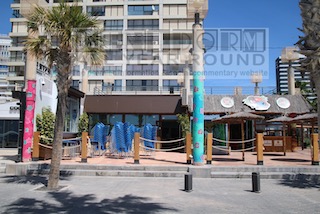 The new opening regulations has left the bar owners in a real quandary, uncertain over what to do in this difficult situation. At less than one third, it really isn´t financially viable for the majority to re-open… unless they have a terrace the size of a football pitch! 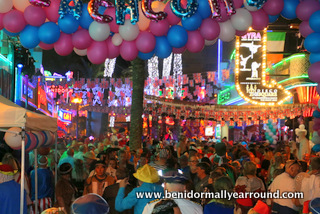 Many of the popular bars here in Benidorm are reliant on British visitors, yet with absolutely no indication of when flights will be allowed back into Spain it has left them in an impossible situation. The Square and Calle Gerona is virtually exclusively reliant on Brits who keep the bars going. 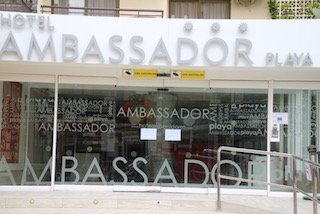 The mayor of Benidorm is backing plans laid out by HOSBEC, the hoteliers association for a longer de-escalation with financial support from the government for tourist related businesses – bars, restaurants and hotels. With no international tourism, for many of those it will not be worth re-opening under the very strict limitations outlined. 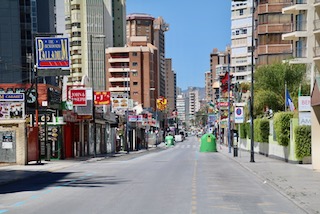 Remember, they will still have to pay 100% of electricity, gas and water bills! It isn´t until June that they will be allowed to open to 50% capacity, but remains to be seen who in fact will even be coming here with social distancing and other strict criteria laid down. 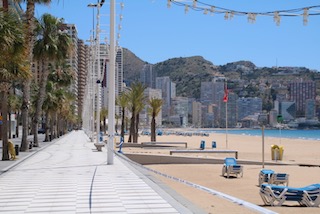 Spanish Prime Minister Pedro Sánchez, like all world leaders is in a very difficult position, trying to balance people’s safety with the economy. Some press outlets have been reporting that international flights won´t be able to return to Spain with tourists until October or even next year... although totally unsubstantiated.

Many business owners are hoping that is just speculation but what is certain, it will take a long time for Benidorm, reliant on tourism, to recover. How many will manage to weather the storm remains to be seen but it will sadly end up the survival of the fittest!