The beach is OPEN! 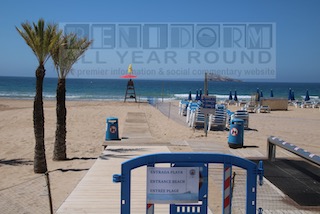 After 13 weeks of lockdown, Benidorm´s beaches were finally allowed to re-open this morning, albeit with strict social distancing rules. They have been divided up into 3 zones – green for over 70´s, blue for everyone else although over 70´s can use these too if accompanying a family group, which are marked out into 4x4 meter squares and free for users. 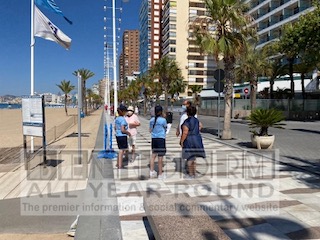 The third area is the sunbed rental zone which remains at the same price, 5€ sunbed and 5€ parasol. Spaces have to be pre-booked, however, rather embarrassingly, the booking app, which has reportedly cost €700,000 isn´t yet ready. They hope that by next week all should be up and functioning and the site to make your booking can be found at: www.benidormbeachsafety.es 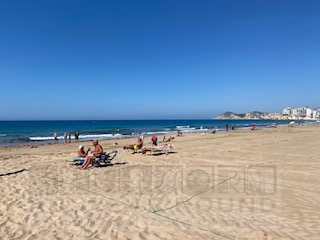 For those with no access to a smart phone – you need to show the booking confirmation, you can physically go to one of the kiosks that will be located along the length of Levante and Poniente beaches to make your booking – the main one along Levante is located in front of the beach library at the end of Avenida Europa. 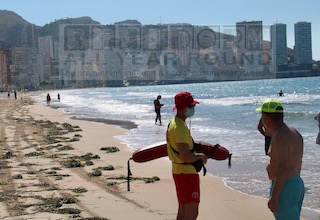 Initially the council announced that there would be morning and afternoon sessions, which has been scrapped for now but may be reinstated once the tourists start arriving as the capacity has had to be reduced. There are over 5,000 free plots available in addition to the paid zone and all are open from 9am until 9pm. 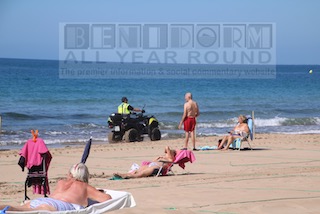 A number of beach monitors have been employed to work alongside the local beach police, who are also patrolling along the water’s edge on quadbikes. Until the booking system is up and running, anyone wanting to go to the beach needs to queue at the entrance ramp. 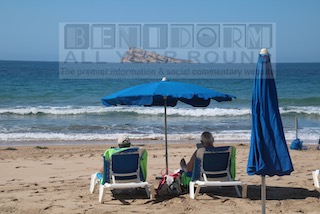 Note that there are specific ones for entering and different ones for leaving the beach – 20 in total across the Levante and Poniente beaches. A monitor will escort you to an empty plot or when the booking system is operating, to the plot reserved. There is a separate entrance for the sunbed hire zone. 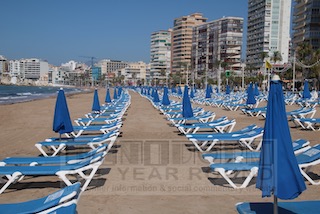 Many locals however are unhappy at the percentage of space that the pay zone has on a public beach in comparison to the free zones and how much money has been spent on it all. The also say that the best spots have been allocated for the paying section. In neighbouring Finestrat, Vila Joiosa and Albir there are no plots marked out or apps to pre-book a space. 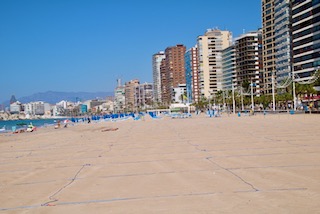 International flights to Spain will resume from Sunday, June 21, which includes those from the UK. Many businesses here are especially reliant on British holidaymakers although currently only a very small proportion of hotels have declared that they will be opening their doors from July 1. 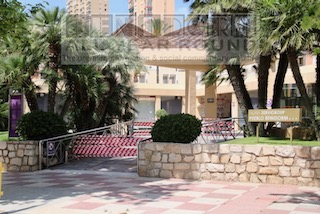 Perhaps they are waiting to see the demand before committing themselves to what will no doubt be a very costly re-opening if less than 70 per cent of the rooms are occupied, the so-called industry benchmark for operating. Out of the 9 Servigroup hotels here in Benidorm, currently only the Diplomatic and Torre Dorada will be re-open and on calle Gerona, Ambassador i & II will remain closed until July 2021 for a major refurb - and guests that had bookings will be reloccated to their sister hotels, Presidente and Riviera.