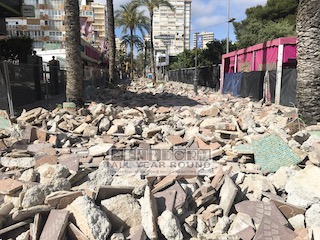 The much promised and talked about renovation project of Benidorm´s so called infamous strip is finally underway. Resembling the aftermath of an earthquake – or as some amusingly said “a good Saturday night partying by the Brits”, the much-needed works have started. 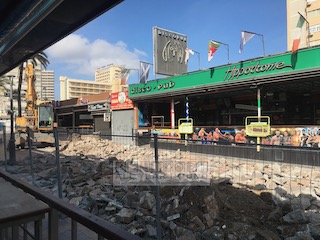 A digger has been noisily breaking up the existing paving on the 100-meter strip affectionately referred to as “The Square”. Considering it is not actually a square there are no clues to the origin of this name, but it´s certainly one that is well known by all, more often than not, for the wrong reasons. 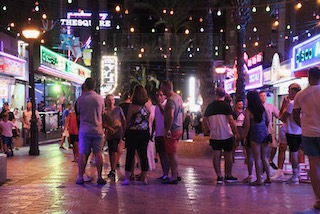 If only those tiles could talk I am sure they´d have a tale or 10 to tell, stories that would most certainly make headlines in the UK redtops. Many a stag or hen group have partied until 6am then stopped by Mariano´s for breakfast on the way back to their hotels. 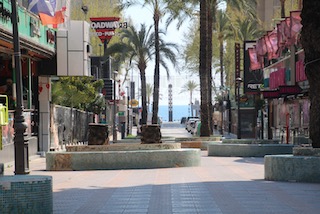 By the time international holidaymakers return to Benidorm many may well be pushed recognising the place they last visited some 12 months previously. The Rincon de Loix area predominantly attracts the British sector and if you want a little bit of home whilst away on your holiday, then this is most definitely where you would come. 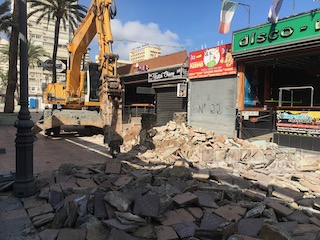 The €1 million project will include the installation of new drainage and water pipes then finished with multicoloured stamped concrete paving, new benches, palm trees and street lighting. Works are expected to be finished before the return of international tourism and will do much to improve the somewhat neglected image of this area. 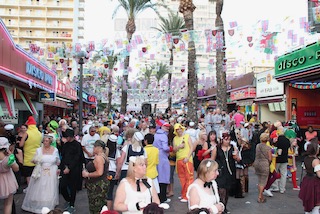 It is the central point of British Fancy Dress Day, which traditionally takes place on a Thursday, the day after the end of the November fiesta and attracts thousands. Last year they were sadly but not unexpectedly cancelled due to the health pandemic, but everyone is keeping their fingers crossed that this year will go  ahead. 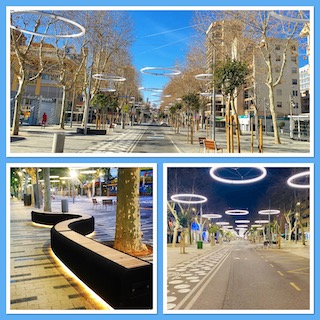 Half of the avenida Mediterraneo, the main artery running down the length of the town has also undergone a makeover. It is now just one way to traffic - at a frustratingly slow 10km, with extra wide pavements, quirky overhead halo lights and uber cool seating that is lit up at night. Much money is being invested by the council and many hotels are also undergoing major refurbishments... a sure sign they are all confident that tourism will return.